Frederick Horace Priest was the Works manager at W.J. Bush at the time of the explosion in 1933. In the 1951 centenary booklet, he is listed as having served for 55 years. The Surrey History Centre have Still Books with his entries written in them, and they say that he was Works Manager up to 1956, when he was succeeded by his son Mr Frederick William Priest. 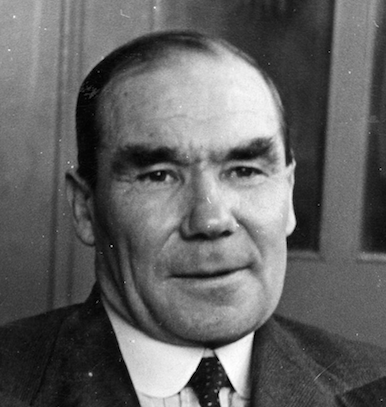 In an article in 1927 about a woman taking her first flight at the age of 92, her grandson is a Frederick Priest who was in the Air Force.

FLYING COURAGE AT 92.
“I really don’t feel at all afraid, but I had two small nips of whisky before I left home,” said Mrs Elizabeth Reeves, who is 92, before stepping board Imperial Airways Handley-Page Napier air liner at Croydon yesterday to fly to Cologne. Mrs Reeves, who is the oldest inhabitant of Tate’s Almshouses. Mitcham, and was making her maiden flight accompanied by her grandson, Mr Frederick Priest, an ex-Air Force man.