A terrace of 30 houses between Lavender Walk and the Beehive pub. The houses were numbered sequentially, from 1 to 15 on the west side and from 16 to 30 on the east side. Demolished in 1936.

Referred to in 1934 Health Report as a Clearance Area under the 1930 Housing Act:

CLEARANCE AREA No. 8. A row of back-to-back cottages known as 85 – 143 (odd numbers) Smiths Buildings, Commonside East. An objection having been made to this Order a local inquiry was held on April 24, 1934. The Order was confirmed. 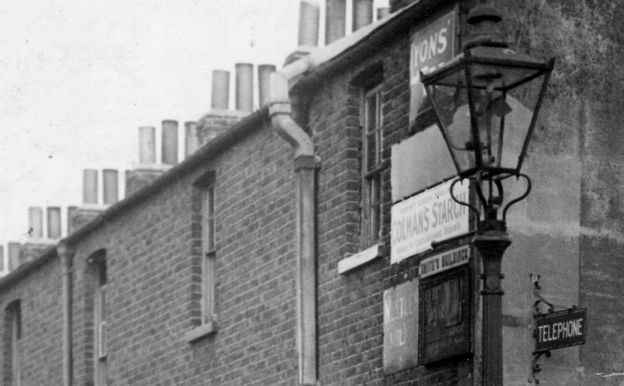 Occupants from the 1925 street directory:

Mr George Mountain is mentioned in a news article of 1929 about two Lonesome school teachers crashing a car.