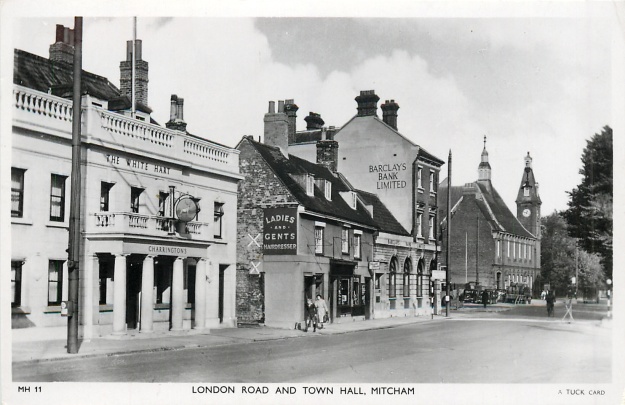 A Tuck Postcard believed to have been taken in 1950

From the Tithe Apportionment Map of 1846, the occupier of the land owned by the heirs of Cranmer was Edward Mason Davis. The land measured 1 rood and 3 square perches.

To be approved-
No. 158 Mitcham & Cheam Brewery Co. … Alterations to White Hart PH