The Mitcham Histories by E.N. Montague can be bought from the Merton Historical Society.

Finding books about Mitcham can be a problem when searching on Amazon as a general search will return the many works of author Carl Mitcham. I’ve gone through all the results I found just for Mitcham and have listed them below. Click on the image to be taken to the Amazon web page.

Scroll down or jump to these categories:

A collection of 180 photographs by Tom Francis is available with descriptions in this book, edited by Eric Montague. More of his collection can be found on Merton Memories.

The Story of Lavender

This book includes the growing of lavender in Mitcham and Wallington.

Timber business that started in 1863 in Islington, North London, established a wood yard in Mitcham in 1948. This book has two photos of the yard.

All Change on Mitcham Common

Fitted Up: The Mitcham Co-op Murder and the Fight to Prove my Innocence

The booklet by Tom Higgs on the history of cricket at Mitcham was originally published in 1985. By kind permission from the family of the late author, a paperback is now available on Amazon, priced £7.99p

After Amazon takes its sales commission, the remainder will be donated to the Mitcham Cricket Club. Please click the image below to go to the Amazon.co.uk website to order your copy and help support the playing of cricket on the world’s oldest continuously in use cricket ground. 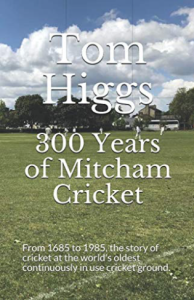 James Southerton played for England in the first two Test matches ever played. He holds records that will never be broken – the first Test cricketer to die; and records that could yet be broken, but have stood so far since 1877 – the oldest man to make his Test debut (49 years and 119 days). Born in Petworth, in 1827, his family moved to Mitcham, Surrey when he was a child. He grew up playing cricket on the famous Mitcham Cricket Green, the nursery of Surrey cricket. 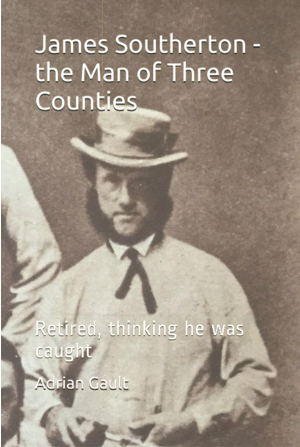 This is the story of an ordinary young man, unworldly, untried and patriotic, who enlisted at 18 in 1942 and became an infantryman specialising as a machine gunner with the Middlesex Regiment and later with the Cheshire Regiment. His early years were spent in Lambeth and Mitcham, Surrey. 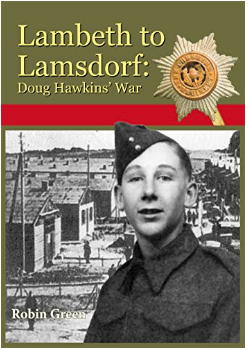