* Not connected in any way to Hendon FC who today play at Kingsbury Park. This Hendon FC were formally known as Hendon Town FC but dropped “Town” from their name in 1931, after being elevated to the London League Premier Division.

Shop that was at no. 3 The Parade, which was renumbered as 229 London Road, Mitcham. 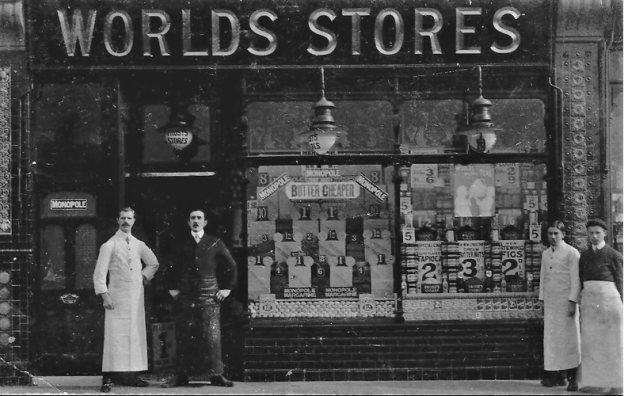 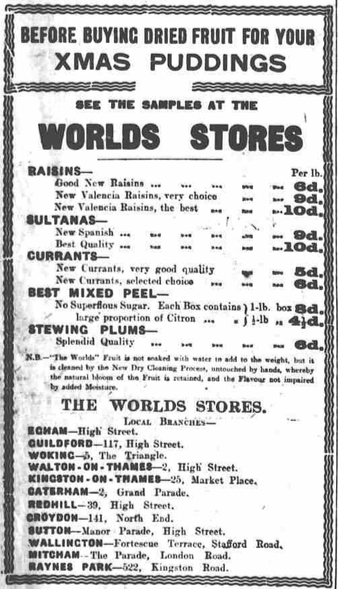 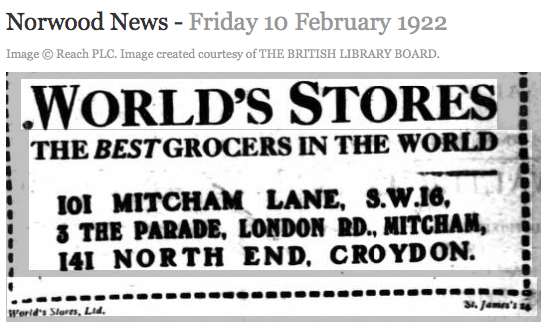 The three men arrested after two policemen had used their truncheons were all before the Croydon County Bench again on Friday. They were Henry Summers (23), labourer, Fortescue-road, Mitcham; Frederick John Stewart (23), labourer. Bvgrove-road, Mitcham: and Frederick Charles Bannister (22), motor driver, Bygrove-road. There was no further evidence on the charge of breaking into the World’s Stores, London-road, Mitcham. Bannister was further charged with two housebreaking, at North Cheam. Finger-print specialists alleged that the marks on a piece of glass in one case and on a glass finger bowl in the other, corresponded with Bannister’s fingerprints as taken at Brixton Prison after arrest. Still another charge against Bannister was of breaking into a shop at Abbey-parade, High-street, Merton, on November 11 last and stealing cash and tobacco goods, valued altogether at £9 10s., the property of Mr. A. J. Bromley. Prosecutor said that on arriving at his shop at nine on November 12 he found everything in disorder. The gas-meter cash-box had been rifled. Entry had been made by smashing the glass panel of the scullery door and of an inner door. The men were all committed to the London Sessions, on bail.