New build in 2015 of a block of flats on the west side of Armfield Crescent, between children’s playing ground and the Elm Nursery Cottages. The site was previously two blocks of garages. 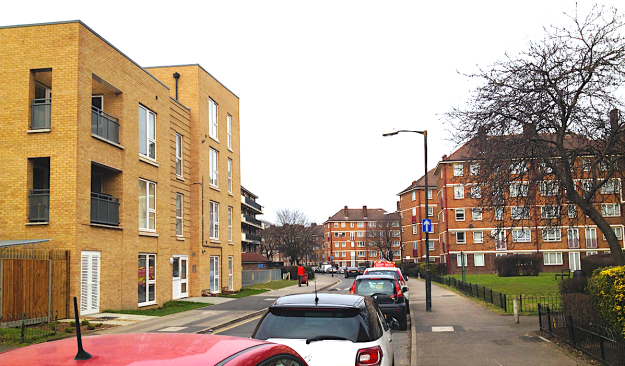