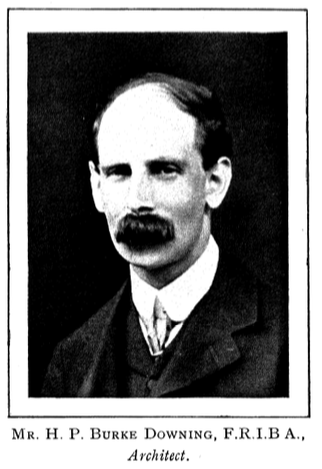 Mr Henry Philip Burke Downing, F.S.A., who died at Merton, Surrey, on March 26, at the age of 81, was a notable ecclesiastical architect and a devoted churchman. He was at one time diocesan surveyor in Chelmsford and diocesan architect for Chichester.

His exceptional knowledge of ancient English churches in town and country made him a valued member of the committee of consulting architects to the Incorporated Church Building Society. In 1927 he became secretary to the committee, and freely gave his expert advice on plans for building or restoring many churches.

Mr Burke Downing, who was vice-president of the Royal Institute of British Architects from 1926 to 1928, designed a number of schools and churches. He was the architect of St Augustine’s, Tooting, where his funeral service was held, of the Church of the Holy Spirit, Clapham, and of St Barnabas’, Mitcham.