Building divided into two shops with flats above, on west side of London Road, opposite the White Lion of Mortimer pub (formerly the Bucks Head). Numbered from north to south, 254 is on the right and 256 on the left as viewed from the street. Before 1926/7 this part of London Road was called Mitcham High Street, and the numbers ran south to north. 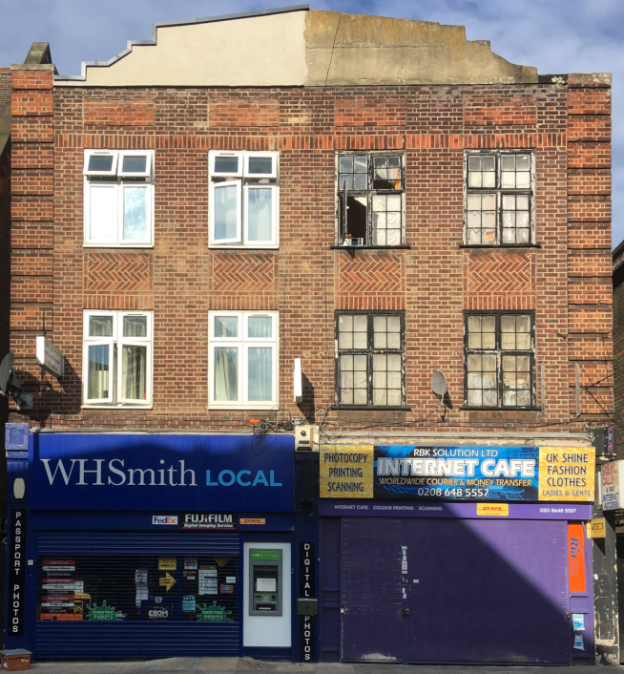 This photo, before 1980 or so, showed two features on the top of the building: 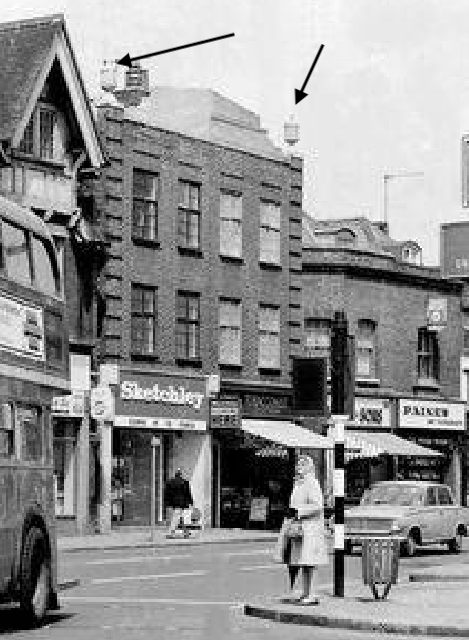 This photo from 1895 shows that before this was built stood the drapery shop of Mrs Lack and Mr Cummings greengrocers, see directory listing below.

Before being renumbered in 1926, this part of the London Road was called Mitcham High Street. From the 1891 directory (the shops were numbered from 1 going north):