This is a three storey terraced building, which probably dates from the first part of the 19th century. The materials used is predominantly brown brick. Its main features of interest include the 12 pane sash windows at the first floor level, and the 6 pane sashes at the 2nd floor level, and the brick flat arches. The roof is hidden behind a parapet. The property is a typical example of a terraced property of severe classical design, of its period, which is quite commonly seen in inner London, but is a rare example in the context of Merton. There are no similar examples of this architectural style in the vicinity. The shop front at ground floor level has been much altered, but this does not greatly detract from the character of the building as a whole. 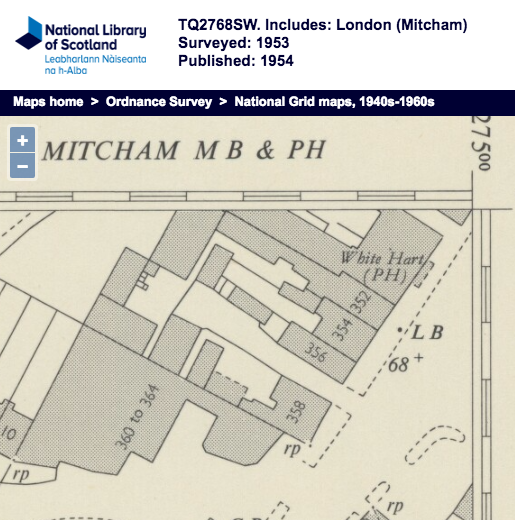