In the parish churchyard, near the back of the church at its eastern end, is a gravestone that tells of the death of three young children, who died after eating poisonous mushrooms. 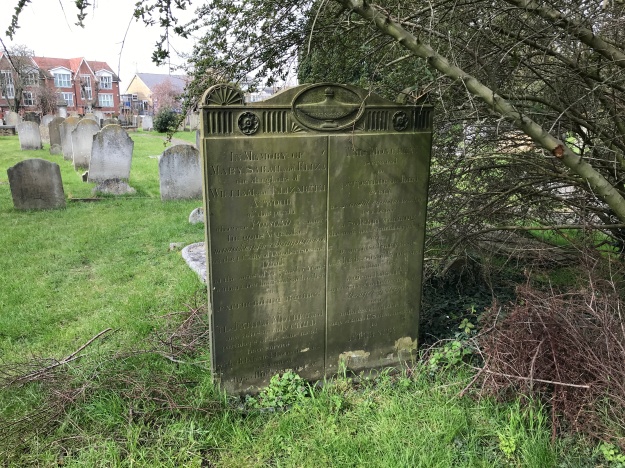 In memory of Mary, Sarah, and Eliza the daughters of William and Elizabeth Atwood of this parish who were poisoned by eating fungous vegetables mistaken for champignons on the 11th day of October 1808 and died at the ages of 14, 7, and 5 years within a few hours of each other in excruciating agonies.

The father, mother and now alas, an only child, partakers of the same meal, have survived with debilitated constitution to lament so dreadful a calamity.

This monument is erected to perpetuate the fatal event as an awful caution to others – let It be too a solemn warning that in our most grateful enjoyments even in our necessary food may lurk a deadly poison and that when age and health are most apt to flatter us with length of days some unforeseen misfortune may snatch us in an instant to Eternity.

Eric Montague, in his book Mitcham Histories : 7 The Upper or Fair Green, Mitcham, chapter 7 says that the building was used by the Conservative Club from 1890 up to its demolition. 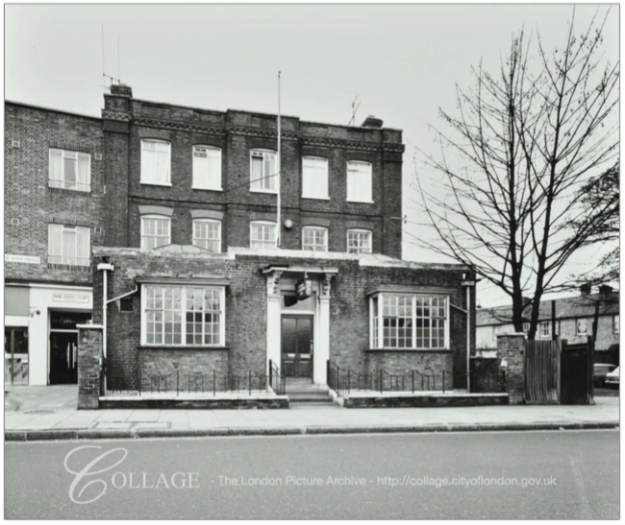 Two concrete block buildings were built on the site. Currently (2016) the Iceland supermarket occupies the site of the original Durham House next to Fair Green Court, and a second concrete block, next to Raleigh Gardens, is occupied by the Mitcham Conservative Club. In 2018, the bar and function room were refurbished as the General Giles Social Club. 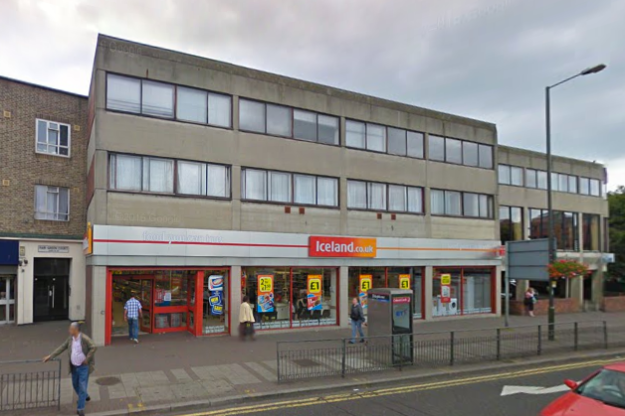 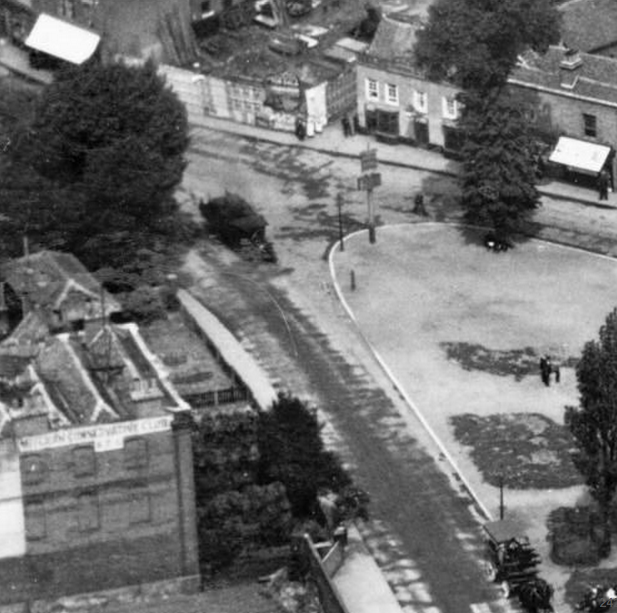 An advertisement to let of 1872 describes the house as a:

1891 funeral of William Garraway tells of when his father bought Durham House.

— On Monday last the funeral of Mr. William Garraway, of Kennington, Surrey, who died, as announced in our obituary column of last week, on the 11th inst. from bronchitis, in his 80th year, took place at Mitcham. The deceased gentleman was interred in the old part of the churchyard between the grave of his brother, Mr. George Garraway, and that of his father and mother. The coffin was of polished oak with brass furniture, and the plate bore the following inscription in capitals : William Garraway, second son of Abel and Amelia Garraway, of Mitcham, Surrey, and grandson of Daniel and Elizabeth Garraway, of Croydon, Surrey. Born Reigate, August 6th, 1811 ; died at Kennington, March 11th, 1891.”

The burial service was read by the Vicar (the Rev. D. F. Wilson), and a muffled peal was rung both before and after the service. The mourners were Mr. R. Garraway Rice, F.B.A, barrister-at-law, Mr. John Forsey, Mr. John Rogers, end Mr. J. D. Bartlett. Mr. William Garraway in early life studied for the medical profession at St. Thomas’s Hospital, but relinquished it without qualifying.

His father, Mr. Abel Garraway, who was for many years resident owner of Durham-house, Upper Mitcham, now the Conservative Club House (which his father, Mr. Daniel Garraway, had purchased of Lieut.-General Giles Hibbert about the year 1808), will be well remembered by the older inhabitants as a gentleman of literary tastes, who took considerable interest in parochial matters. Mr. Abel Garraway was quite one of the old school, always wearing a frilled shirt front and dress coat, and he usually carried silver knobbed cane. He left Hackney to reside at Durham-house, Mitcham, in the year 1841, but died at Glebe Lands in the latter parish in his 79th year on the 11th of January, 1860, having removed there some few years previously.

Note that Montague says the surname was Stibbart, not Hibbart.

Harriet Slater worked as a servant to Abel Garraway when he lived at Glebelands House. 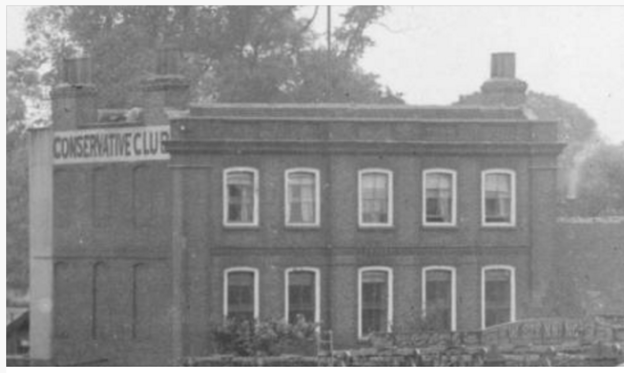 A stone with the inscription A.G. 1809 is now on display behind the bar at the General Giles Club. It had been in the Conservative Club office. 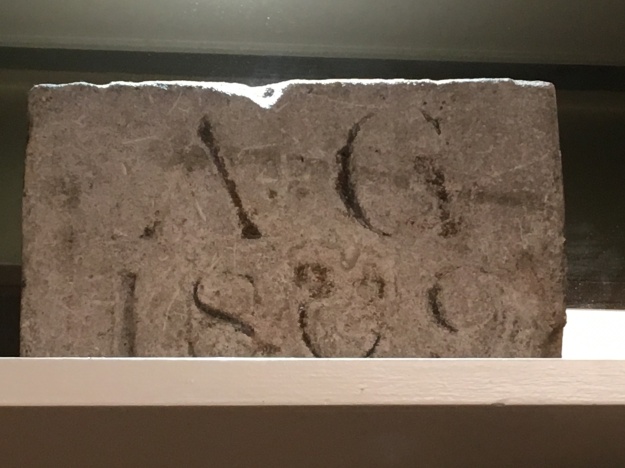 The initials are likely to be Abel Garraway, whose father Daniel bought the house from General Giles Hibbert in 1808, as referred to above in the news item on the 1891 funeral of Abel’s son William.