His wife, the then Duchess of York, proposed a nationwide tree planting as a permanent memorial of the coronation.

King George VI Avenue, on Cranmer Green, was created with the planting of 36 tulip trees and 36 purple-leaved plum trees. The number 36 was chosen to represent the year, 1936, of his becoming king, although his coronation was not until the following year, on 12th May, 1937.

On 29th December, 1936, the Town Clerk reported that he had attended a meeting of the Coronation Planting Committee with the mayor and the then Duchess of York about adopting some scheme of tree planting as a permanent memorial of the coronation, and that since then the Borough Council had been approached by resident Mr Athel R. Harwood, who had offered to contribute to any scheme of planting that the Council might think to adopt.

The Council then resolved that an avenue of trees be planted from the Blue House Bridge to the gates of the Wilson Hospital, and for other plantations of suitable trees to be arranged in the land between the avenue and the line of the Southern Railway.

On 7th April 1937 the Town Clerk report that Messrs. John Waterers, Son and Crisp, Ltd. of Bagshot, were carrying out the scheme in accordance with the arrangements approved by Mr A. R. Harwood, who contributed £50 (£3,100 in 2015) towards the cost.

looking south with avenue on left 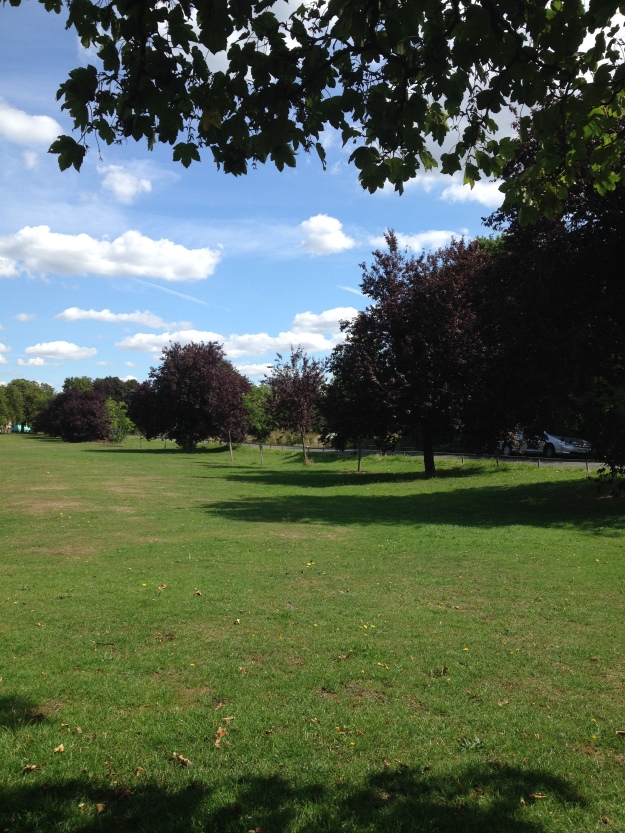 looking north with avenue on the right

The line taken by the road was that of the drive that approached the entrance of Cranmer House, shown as ‘Cranmer’ in this 1910 map. According to Eric Montague in his “Mitcham Histories : 11 The Cranmers, The Canons and Park Place“, page 4, this drive was originally lined with tall elm trees. 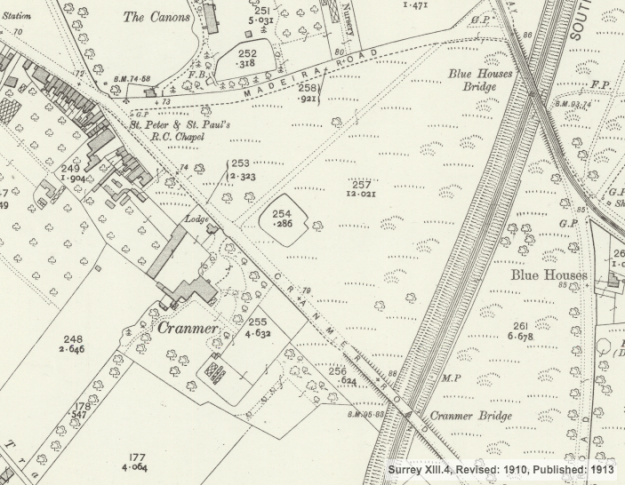 From the Royal Record of the tree planting: