Road off west side of Glebe Path, connecting to Love Lane.

It is believed that the road is named after Athel Russell Harwood, as is the nearby Harwood Avenue. 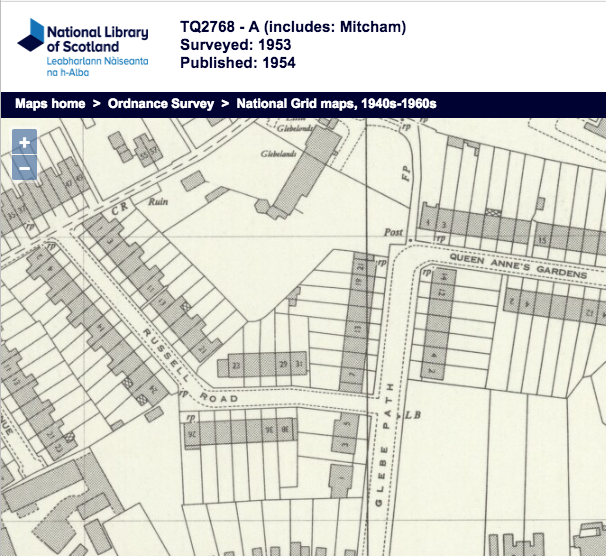 The Glebe Path end of this road was originally called Bounty Place, presumably a reference to Queen Anne’s Bounty. It was renamed to be an extension of Russell Road, and hence renumbered, by Mitcham Urban District Council in 1930. Source: Mitcham UDC minutes, 24th June, 1930, page 171.