He had a grocery and provisions shop at 34 Church Road, at the corner of Church Place, opposite the Bull pub. 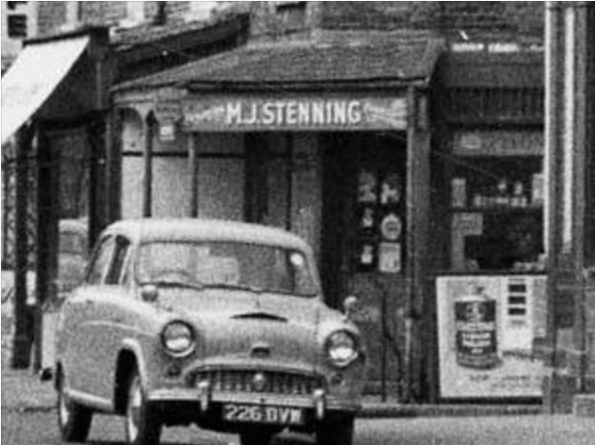 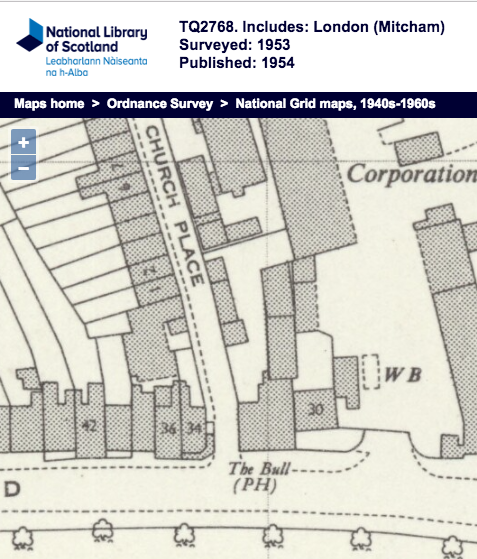 An indication of when he started trading from number 34 can be found in the advertisements of the Mitcham Parish Church Magazine. His first ad appears in the July 1924 issue, and in the January 1924 issue the shop has the name W. B. Trowbridge.

In this 1974 photo, number 34 is derelict, but part of ‘MJ Stenning’ can be seen on the railings near the ground. 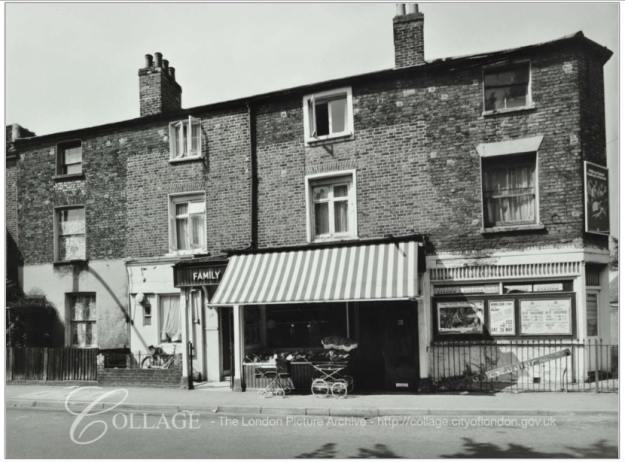