The Red Lodge was a house on the east side of London Road, north of the junction with Mitcham Park. Its location is described in the 1915 street directory, heading south: 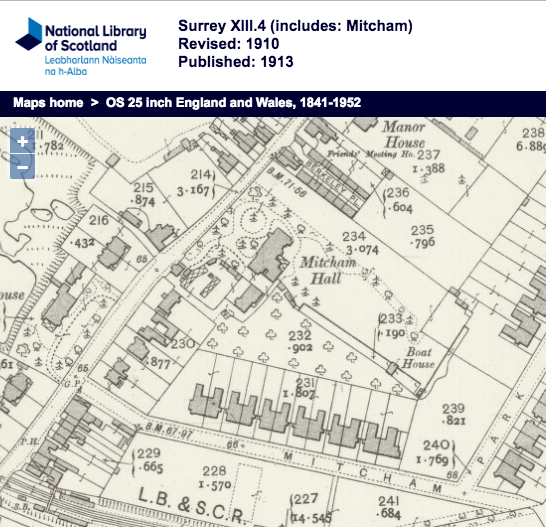 It can be seen on this map that the Red Lodge was the house before the Baron Cottages at the corner with Mitcham Park, where the “.877” is shown. This number, 0.877, is the size of field number 230, of which this house was a part of.