Road that is parallel, and north of, Rowan Road, running between Stanford Way at its northern end, and Northborough Road at the southern end. Although part of Streatham today, when built it was part of the Mitcham Urban District. Possibly built in 1925/6, see below. 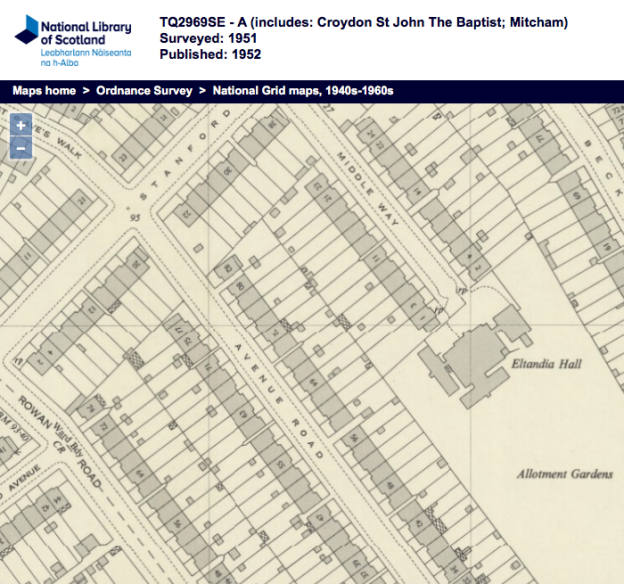 Houses are numbered starting from the Northborough Road end with evens on its northern side, and odds on the other. Postcodes are SW16 4HJ for numbers 1 through 77, and SW16 4HL for 2 to 82.

In June 1926, Fulfords Ltd., builders of the Long Thornton Estate, asked the council to use the name Beckview Road instead of Avenue Road. The council disagreed and, as the company suggested no other name, it stayed as Avenue Road. Source: Mitcham UDC minutes, volume 12, page 115. Note that the next road in parallel with this road, away from Manor Road, is called Beckway Road.