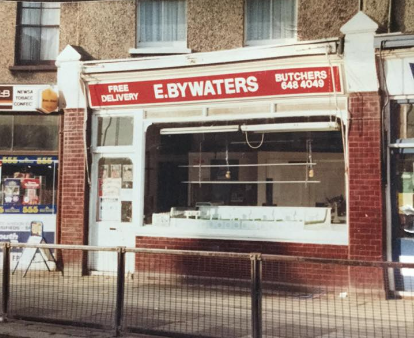 Number 170 London Road was originally called number 2 Eveline Villas, and in the 1925 street directory was occupied by butcher Ernest Reeve, who was still at this address in the 1938 street directory. 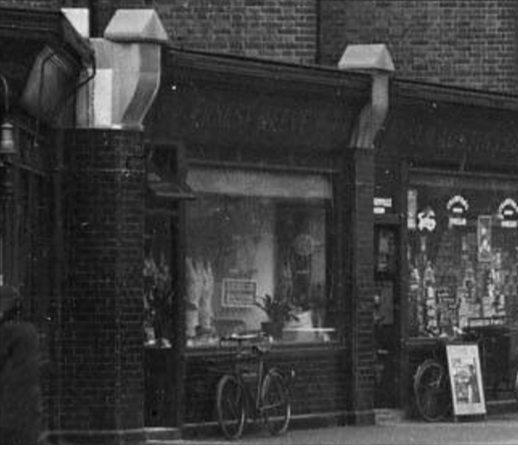 This ad from 1979 shows the butchers shop was run by S.J. Theobald:

S.J. Theobald was also listed at this address in the 1967 chamber of commerce handbook.

From 1983/4 proprietor Edward Bywaters produced an initial run of 50 diaries, later in batches of 100, which he gave free to customers, called ‘The Mitcham Diary’. He also produced calendars for catering customers. This was paid for by advertising, which included an ad for his business, such as this one from the 1986 diary: 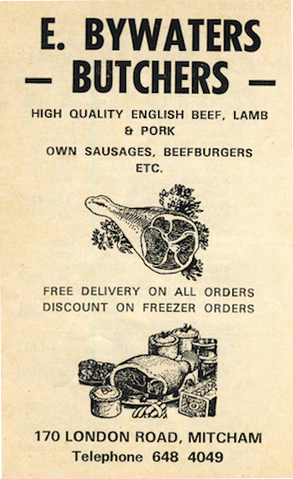