Greengrocers, George DAVIS & Sons, that was at 1a and 41 Upper Green East, also known as “Blowers”. On Sundays, in season, they sold seafood. 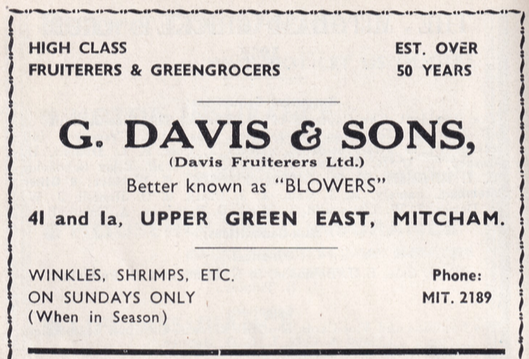 41 and 1a Upper Green East, Mitcham

Winkles, shrimps, etc.
On Sundays Only
(When in Season) The last day of trading was 4th March 1978, according to Merton Memories, and shown in this clip:

Listed in the 1902 directory as George W. Davis, fruiterer, and in the 1904 street directory, as described as heading east: