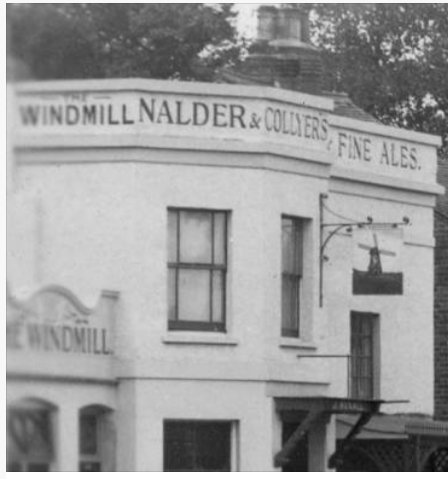 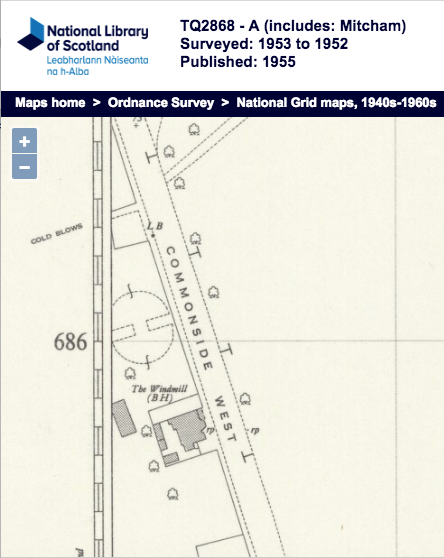 Eric Montague said, on page 149, chapter 6 Commonside West, from his book Mitcham Histories: 11 The Cranmers, The Canons and Park Place:

The first indisputable documentary evidence of a public house on the site is in the tithe register of 1847, which records the ‘Windmill Beershop, cottages and gardens’ occupying a plot totalling 11 poles, and owned by Charles WAYMARK.

The present building dates from the latter part of the 19th century, and amongst its recent licensees was ‘Smiler’ BOXALL, one-time captain of the Mitcham Cricket Club, who died in 1971.

1892 : the pub was listed as a Beer House selling beer on and off the premises. It was licensed before 1869. The brewery was Howard Nalder, Croydon.

1903 : the pub was listed as a Beer House selling beer on and off the premises. The brewery was Nalder & Collyers of Croydon, to which it was tied. The poor rate assessment was £40. Other than intoxicants, bread and cheese was offered. There was no accommodation, but there was stabling for one horse and there was a urinal. It did an ordinary class trade. 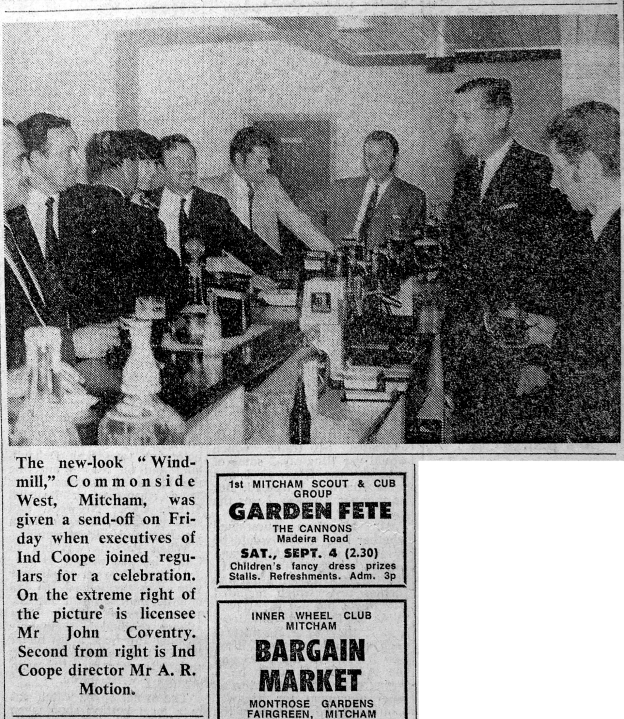 The new-look “Windmill,” Commonside West, Mitcham, was given a send-off on Friday when executives of Ind Coope joined regulars for a celebration.

On the extreme right of the picture is licensee Mr John COVENTRY. Second from right is Ind Coope director Mr A.R. MORTON.