Road without houses that leads off the west side of Carshalton Road, south of Drake Road and north of The Goat Inn at Beddington Corner. It divides the terraces of houses in Carshalton Road between numbers 23 on the north side and number 24 on the south side. Numbers 124 to 53 Carshalton Road was originally called Tramway Terrace.

The 1894 OS map shows the road named as Arney’s Lane, leading to willow Lodge. The name refers to the gelatine makers Arney & Company, and the lane lead to where Gerard Arney lived, according to Eric Montague. 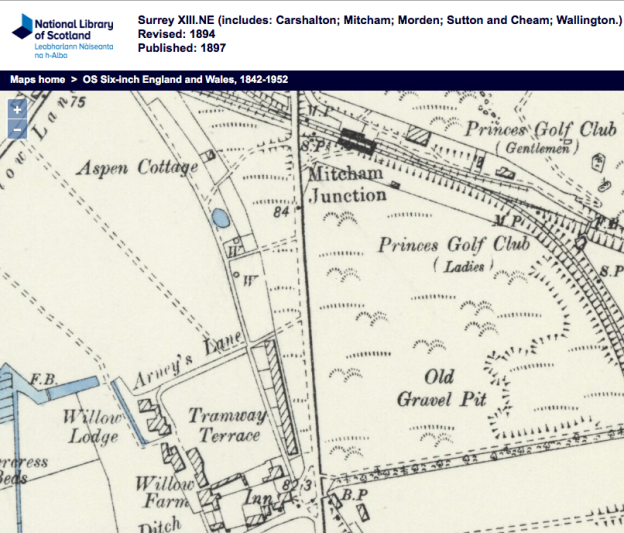 The road is, in 2020, an unmade, private road used for parking by residents of nearby houses. It leads to the footpath at the back of the houses that is shown on earlier maps as Tramway Path.