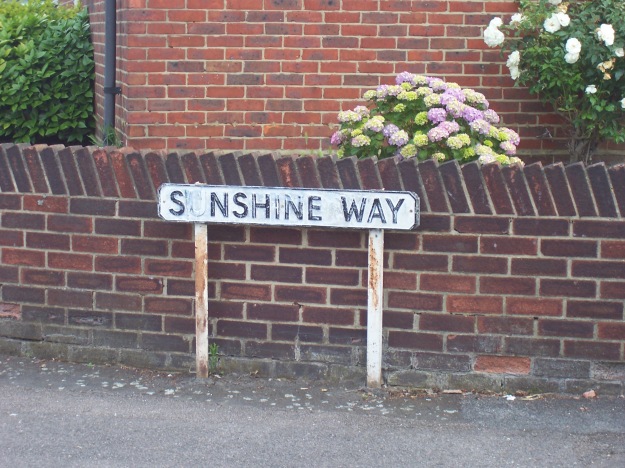 The site for Sunshine Way was bought by the Church Army Housing Ltd. and the total cost including building the houses and hall came to £31,000 (or about £1,400,000 in today’s money when allowing for inflation).

For current owners (as of January 2018), see Sunshine Way – Ownership.

As reported in the Church Times, Friday 13th November 1936:

NEW COTTAGES BY THE CHURCH ARMY

On Monday next, Lord Horder will open fifty-one cottages at “Sunshine Way,” Bond-road, Mitcham, which have been built by Church Army Housing, Ltd., at a cost of £31,000.

Six of the cottages are of a special sunshine type, in which windows open outwards to their full extent, and each has a sun balcony suitable for sleeping out. The sunshine houses are for those, with tuberculosis or tuberculous tendency. Every house has its own garden and is fitted for electric lighting and gas cooking.

The rents will be on a differential basis, i.e., the lower paid workers will pay a lower rent than those who earn higher wages.

The net-average rent under this system will work out at seven shillings a week. The majority of the new tenants will come from Southwark and Walworth, some of whom have waited ten years for a house.

The estate was officially opened on 20th November, 1936 by Lord Horder, KVCO, and was blessed by the Bishop of Kingston. It consisted of 51 houses, 47 of which had three bedrooms and 4 had four bedrooms. Six were special ‘sunshine houses’, being built for those with TB tendencies. Rents ranged from 8 shillings to 12 shillings and threepence a week, or the equivalent of £18 to £30 today.

NEW COTTAGES BY THE CHURCH ARMY.

—On Monday next, Lord Horder will open fifty-one cottages at “Sunshine Way,” Bond-road, Mitcham, which have been built by Church Army Housing, Ltd., at a cost of £31,000. Six of the cottages are of a special sunshine type, in which windows open outwards to their full extent, and each has a sun balcony suitable for sleeping out. The sunshine houses are for those with tuberculosis or tuberculous tendency. Every house has its own garden and is fitted for electric lighting and gas cooking. The rents will be on a differential basis, the lower paid workers will pay a lower rent than those who earn higher wages. The net average rent under this system will work out at seven shillings a week. The majority of the new tenants will come from Southwark and Walworth, some of whom have waited ten years for a house.

From the Mitcham News and Mercury, 20th November 1936

Lord Horder referred to the fall in the population, and added: “I am not anxious about it. I would rather give my vote for quality than quantity. All the same we may find that we don’t get quality or quantity and that would be a calamity of the first magnitude.”

The Bishop of Kingston, speaking of rents, said there is no sense in charging rents to keep people perpetually poor in good homes.
——————-
A new chapter in the history of the site of the old Holborn Schools had commenced in Mitcham on Monday when the new estate of houses built by the Church Army Housing Ltd. known as Sunshine-way, Bond-road, Mitcham, were declared open by the Right Honourable Lord Horder, K.C.V.O.

the Church Army Builds Homes for the People

(By Our Special Representative)

But he could not believe it. Not one of the children who had been cramped and
cabined in the tenement houses of South London did believe it. They had been used
to living five in a room and sleeping three in a bed. When they came to the new
houses, they could not understand the idea of separate bedrooms. They had never seen
a whole house that is a home. So a Church Army Sister told me at the
opening of the wonderful little estate built by the Church Army at Mitcham, which was
opened on Monday afternoon. In “ Sunshine Way,” fifty-one new cottages have
been built, and they have been specially designed for families that are not touched by
the slum-clearance schemes—the families, that is, which are too large for the tiny flats of the mean streets, too poor to pay high rents and, some of them, too sickly to thrive in the great blocks of Central London. All the families come from overcrowded rather than specifically “ slum ” areas, and have had, therefore, little hope of a new home under Government schemes. Some have been waiting for proper accommodation for
three years; some for as long as seven years.

Before the official opening of the estate, a meeting was held for tenants and friends
of the Church Army in Welcome Hall, the religious and social centre for the new
buildings. Prebendary Carlile, who, as he said, is “ getting on for ninety, not out,” took the whole meeting on his shoulders as soon as he entered the hall. He knew everybody. He chaffed everybody. He put the praise for all the work on everyone but himself. Above all, he made everybody laugh and feel at home. He called suddenly upon
workers hidden at the back of the hall to come and give their own little part of the
story of the building of the cottages. He insisted that Church Army Sisters should
tell their own tales about the social and religious side of the work. And, by the way,
how splendidly these workers speak at a moment’s notice! They have none of the
formalities of the trained speaker. But their straightforward, simply-phrased stories come from a store of experience and a fund of humour and understanding.

Mr. F. M. Elgood, chairman of “ Church Army Housing, Limited,” related the
history of the estate. The cottages were built, he said; for large families with small
incomes. There were fifty-one new cottages, and among the new “ tenants ” in them were
two hundred and seventy-seven children. The hall was built so that there might be a
place for a Sunday school for the children, a meeting place for mission services, for
clubs and for social gatherings. The speaker explained how greatly the
Church Army was concerned with the problem of rent. With its complementary
system of loan stock and voluntary donations, “ Church Army Housing ” was able to
build cottages, without help of Government subsidy, and to let them at differential rents.

The cottages at Mitcham all have three bedrooms and some of them have four. The
highest rent, inclusive of rates, is 12s. 3d., and the lowest is 8s. But the majority are let for 9s. 7d. a week. Care is taken that the rent shall be small if the father of the family has to travel far to his work. There are special houses with sunshine roofs-that is, open air shelters-for families with a tubercular member. Help is given with beds and blankets for the families whose ramshackle furniture from ramshackle tenements is fit only for the fire. The new furniture is paid for from weekly savings.

The Church Army shield was unveiled by Lord Horder. The Bishop of Kingston,
acting for the Bishop of the diocese, stood, pastoral staff in hand; at the centre of the estate, and blessed the houses and all the tenants in them.

Children crowded round Sunshine Way for the ceremony. Tenants were at their windows or standing in their gardens – their well-prized new possessions. Some of the families from Camberwell, Lambeth and Southwark had ” hardly seen any soil for years.” All, in the five short weeks of tenancy, had made gallant efforts to tidy and to lay out ” their bit” in spite of the fact that slabs of cement belonging to cellars of former buildings were found heaped up a few feet beneath the surface of the gardens, while other places seem to have been the depository for old china for the whole of Mitcham during at least a hundred years.

” The people are settling down now,” said a Church Army Sister to me. ” It is always
a bit of a job at the beginning. Children, eight in a family, who have lived in two
tiny rooms, are inclined to be frightened of a dark ‘upstairs.’ They are used to going
to bed in the living room. And, of course, there is the problem of furniture. Most of
these families have had room only for bedroom furniture in their old places. Now they
want tables and dressers and chests of drawers; and the cost is a terrible strain on
their tiny resources.

” There’s the Smith family, now. There are ten of them – eight children. They lived
in two tiny rooms, and had to have a double bed in the kitchen. It stretched right from the wall to the fire-place, so there was no room for a table. They always had their meals off the bed. Then there is the Jones family. Some of the children slept on a bedstead. And the rest lay round it on the floor.” 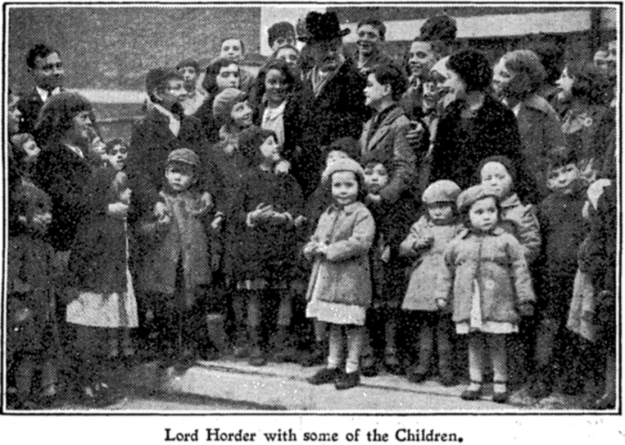 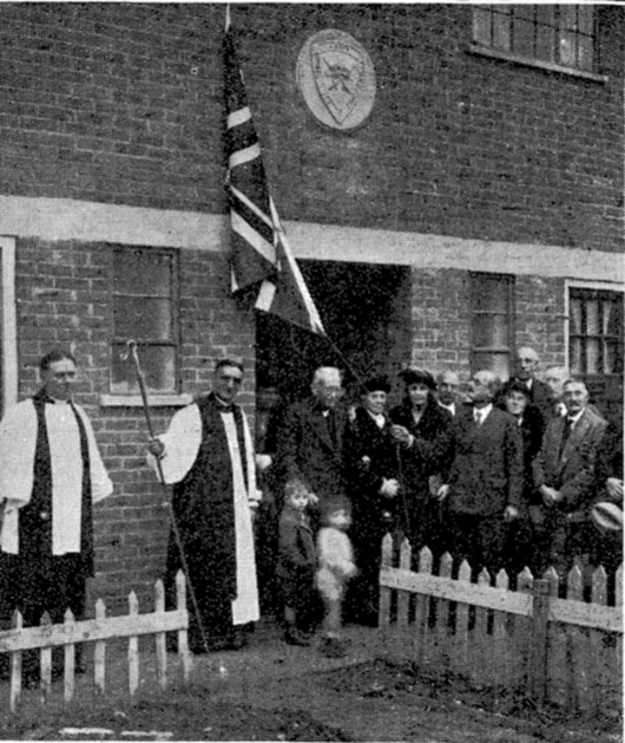 A children’s party, possibly photographed in the Welcome Hall, in the 1950s by Phox Studios.

In March 1988, the houses were being renovated, which included converting the ‘sunshine patios’ to an extra bedroom, when a skip lorry overturned crushing some cars. Thanks to Keith and Marie Drake for these photos. 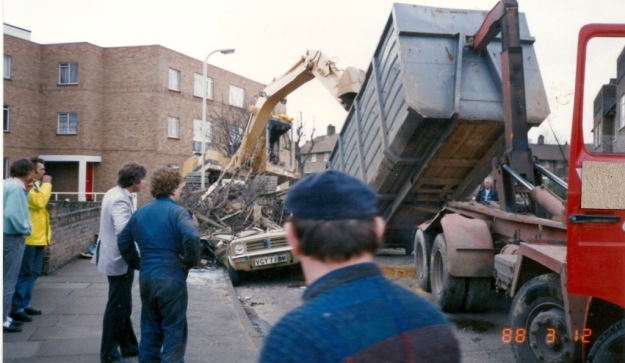 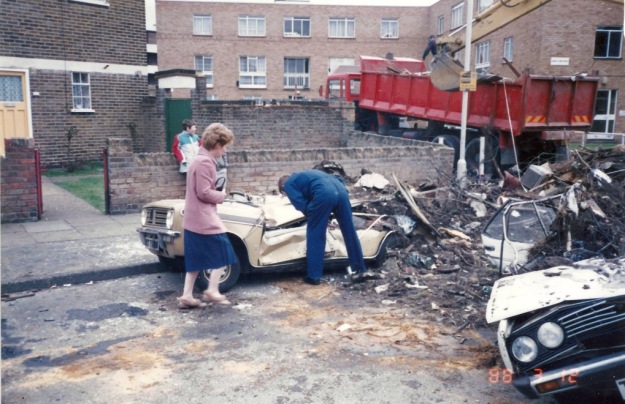 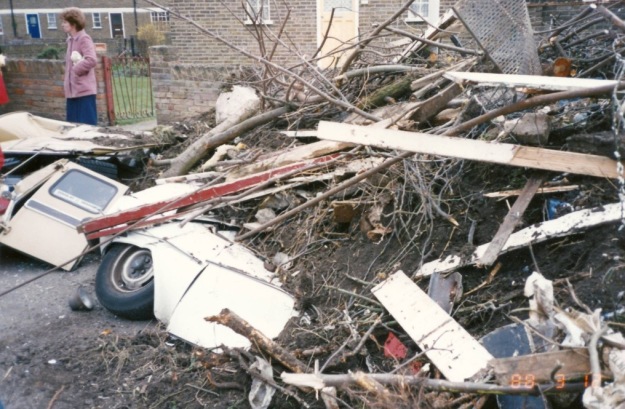