A cul-de-sac road off of the west side of London Road, opposite Figges Marsh, built around 1919/1920. 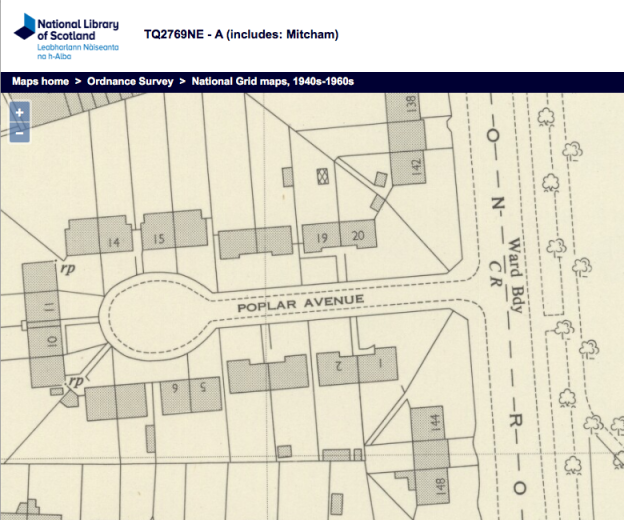 The houses are numbered sequentially, clockwise, from number 1 on the south side to number 20 on the north side. They all have the postcode CR4 3LH.

According to Tom Francis, it was named after the Poplars School that was situated there, facing the Figges Marsh. This school was demolished after the outbreak of fever.

Occupants from the 1925 street directory

Mr John J. Mepham, Poplar-avenue, Mitcham, died on Friday from injuries received in a motor crash at Godstone, which his wife was killed.

The name of the road was suggested in a Housing Committee meeting of the Mitcham Urban District Council, dated 7th September 1920, volume V, page 202. It was part of the post-WW1 housing scheme on London Road, which included Lavender Avenue, Rose Avenue, Camomile Avenue and Biggin Avenue.