Biggin Avenue and Camomile Avenue had a joint party. These photos were kindly provided by Alison via the Mitcham History Facebook Group.

Outside no. 19, Biggin Avenue 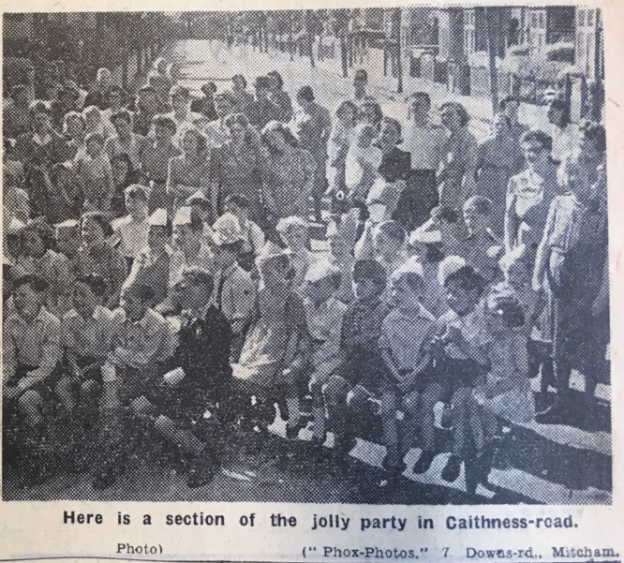 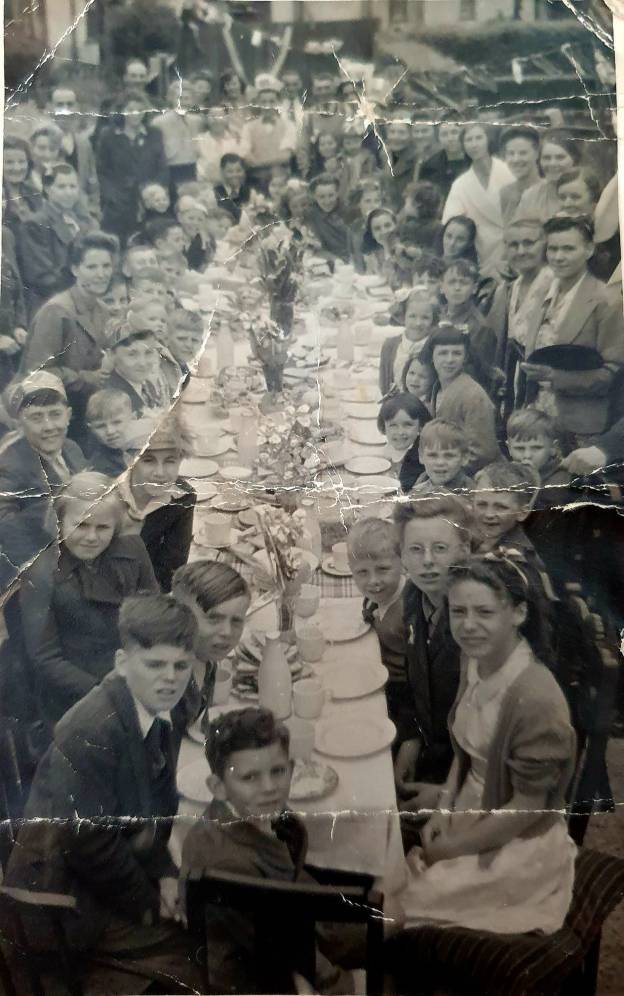 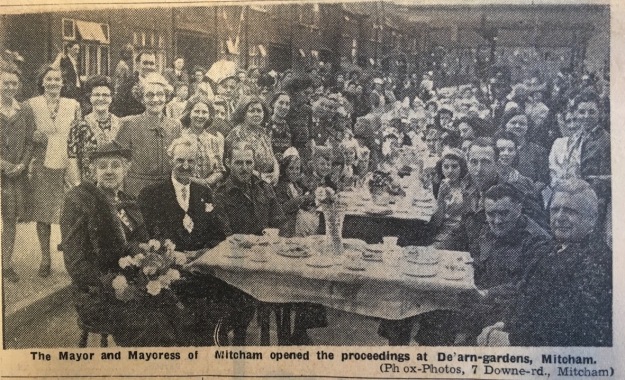 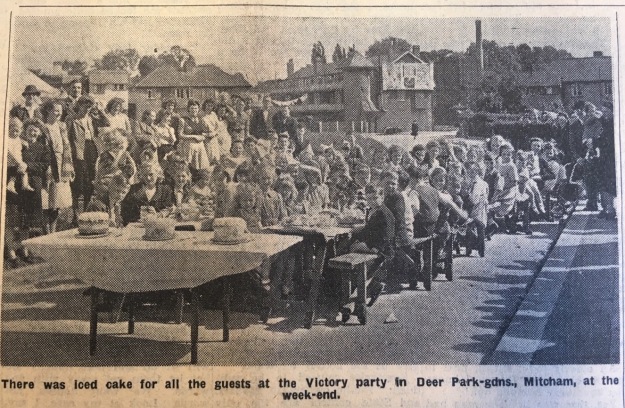 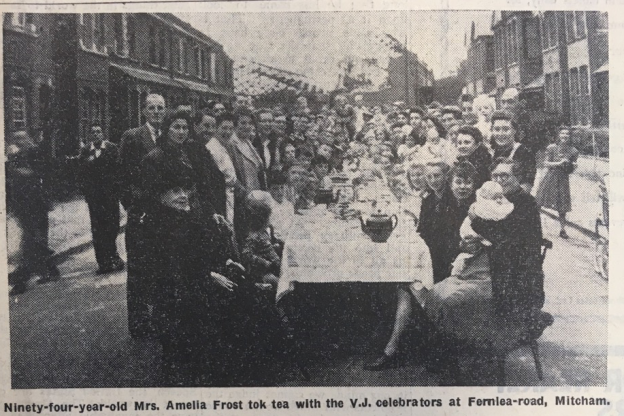 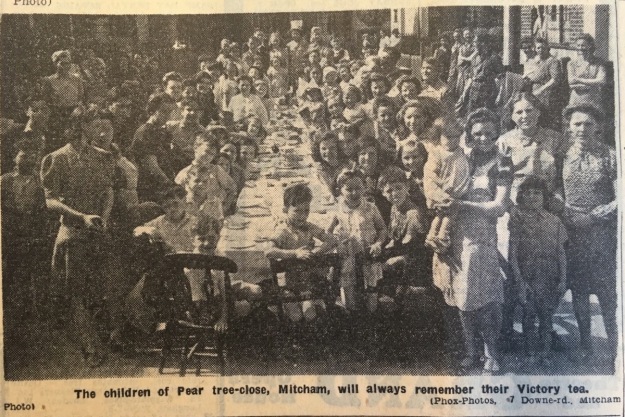 Sports stadium, which occupied around 8 acres, north of Eastfields Road and opposite the football ground in Sandy Lane, was built in 1935 and was sold to property developer Wates Ltd in 1955. 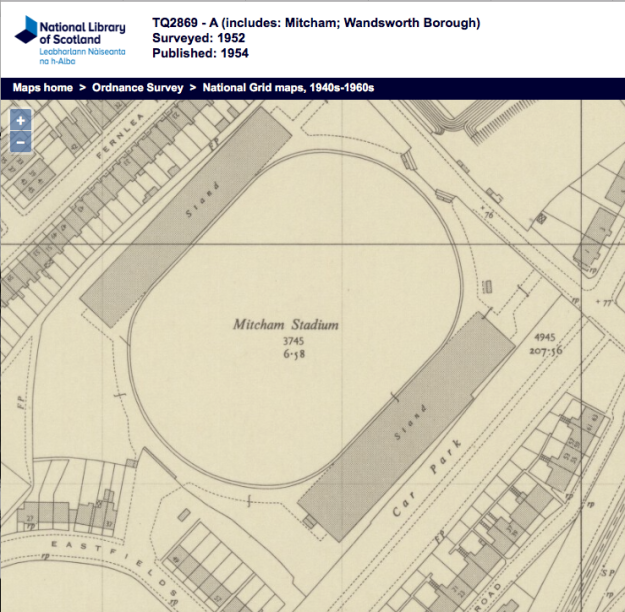 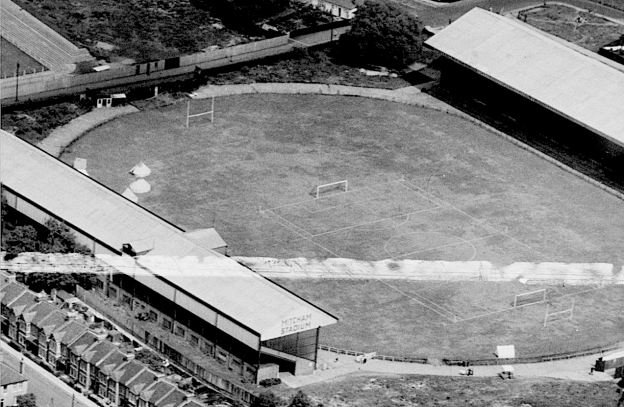 1953 aerial photo showing football and rugby posts on the field. Fernlea Road is on the left, with Sandy lane at the top.

Read letter from Mr. S. E. Parkes stating that he had had under consideration a scheme for the
utilisation of the disused gravel pit in Eastfields Road for the purpose of a Rugby football ground, and asking whether any objection would be raised by the Council in connection with
the user of this land for the purpose under the provisions of the Town Planning Scheme.

Resolved, That Mr. Parkes be informed that no objection will be offered by the Council.

A detailed history of the stadium can be found at the Gandermonium blog.

Norwood News, 6th September 1935, showing construction of one of the two stands. 300 tons of steel was used in each stand, and by comparison, the Majestic cinema had 350 tons.

Norwood News, 6th September 1935 advertising the opening of the stadium the next day.

In addition to rugby, Irish games such as hurling were played at the stadium.

Also charity events were held there such as this 1937 fete in ad of the Wilson Hospital: 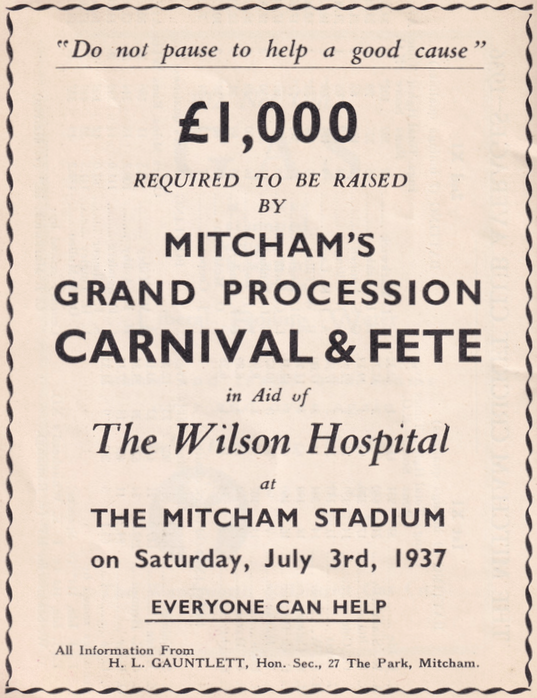 In 1954, the stadium was called ‘A White Elephant’ in this article in the 1st July issue of the Mitcham & Tooting Advertiser: 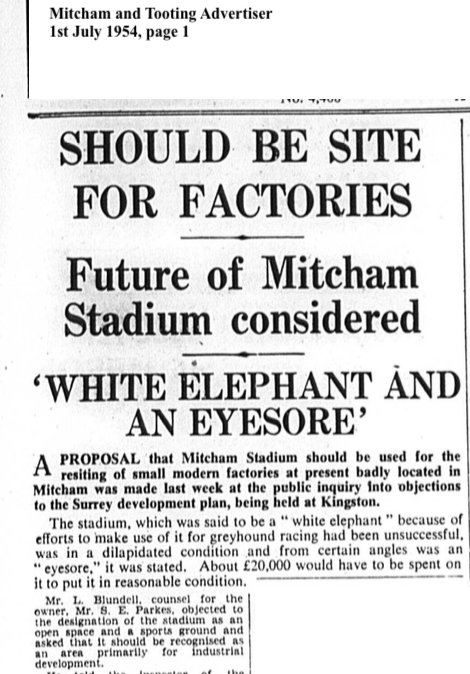 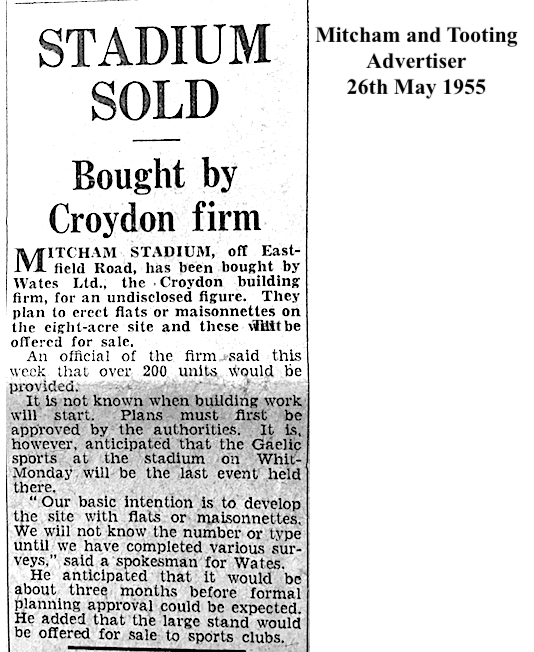 House for sale ad in 1965 referred to the former Mitcham Stadium.