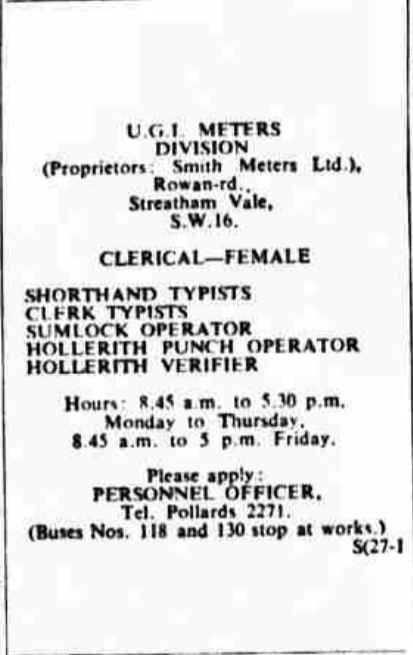 At Smith Meters Ltd., Rowan Road, the production manager,
Mr. John Allan, said that production had come to a halt.
“The factory is completely stopped,” he said.
“ We employ 2,000 and almost every one is on strike. A very
small number have come to work, and this is insignificant.
“ There were pickets outside this morning, but there was no
bother. This is a national strike,” he added.

NEW CENTRE FOR THE HAPPY FACTORY

Mr. Norman Smith, chairman of Smith Meters Ltd., Rowan Road, at the opening of the firm’s new dining and recreation centre last week, said: “This building is a sign of the great success the firm has had over its many years.”

The centre incorporates a small hostel, two dining-rooms, a central kitchen and a confectionery kiosk.

A plaque on the first floor landing was unveiled by Mr. R N. D. Bruce, Chairman of the South Eastern Gas Board, who performed the opening ceremony.

Afterwards the 50 guests toured the new block. In the kitchen much interest was shown in the modern equipment, among them automatic potato peelers and mashers, electric dish washers and the latest cooking ranges.

The party, which included Mr. Robert Carr, M P. for Mitcham. Alderman D. Chalkley, Mayor of Mitcham, Mr. T C Battersby, president of tho Institution of Gas Engineers, and members of the Board of United Gas Industries, also toured parts of the main factory.

At the luncheon held in one of the new dining-rooms Mr. Smith said the success of Smith Meters had grown from the fact there was always a happy atmosphere in the factory. “We believe in looking after our staff well, giving them good food and good working conditions.”

He reminded his audience of the early days of the company. “When it was first started,” he said, “there were only a handful of people on the staff. The week’s wages for all the staff were similar to one man’s weekly wage today.”

Mr. Smith paid tribute to those responsible for building the new block. It is a very fine building and the architect and builders should be praised.”

Smith Meters factory in Rowan Road, Mitcham, is one of a large group of factories connected with United Gas Industries Ltd.

The Rowan Road premises are the headquarters of the U.G.I. (Meters) division which controls factories in Belfast, Edinburgh, Exeter, Leicester, Manchester, Kennington and Dunblaine. There is also a factory in New Zealand.

Smith Meters was founded in 1834 and established in Snow Hill, in the City of London, moving to Kennington in 1865. In 1929 an additional factory at Mitcham was built.

Among the products made by the division are gas and electricity meters, coin switches, and food processing and catering equipment.

Smith Meters was in the Lonesome area of the Mitcham Urban District, as can be seen on this 1933 map. 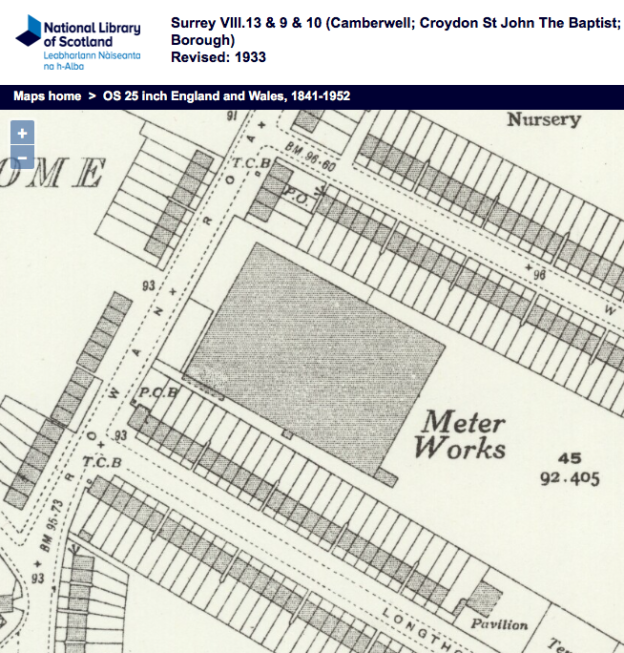 Kenneth Marsh, who served in the RAF at end of WW2, worked for the Department of Energy and eventually was based at the United Gas Industries (UGI) in Rowan Road. He was responsible for certifying the accuracy of gas meters made there and at nearby Smith Meters. 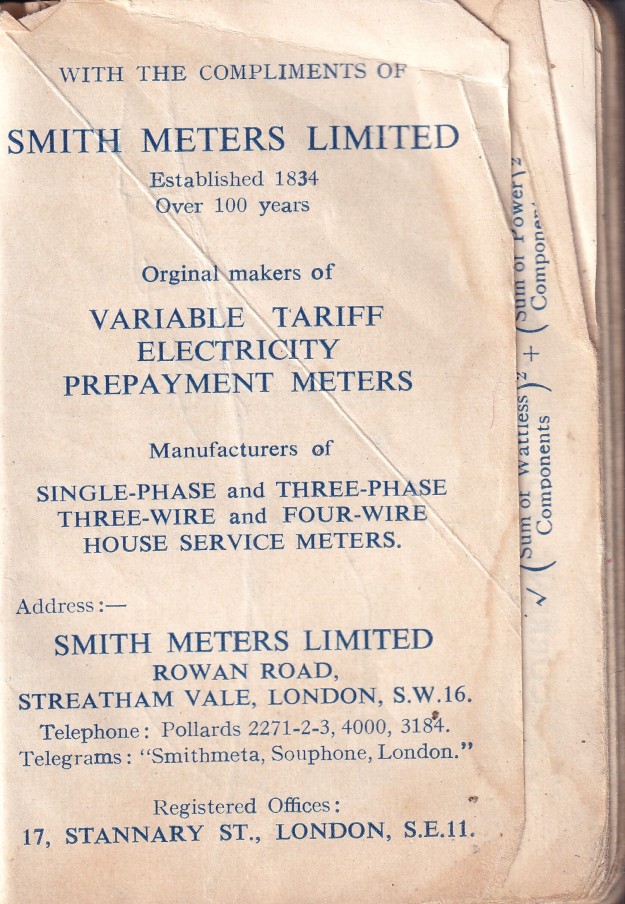