The Mitcham Cricket Green Conservation Area was created in 1969.

The road name signs have a green background, with large white lettering for the name of the road, and underneath is written, in smaller letters, ‘Cricket Green Conservation Area’. 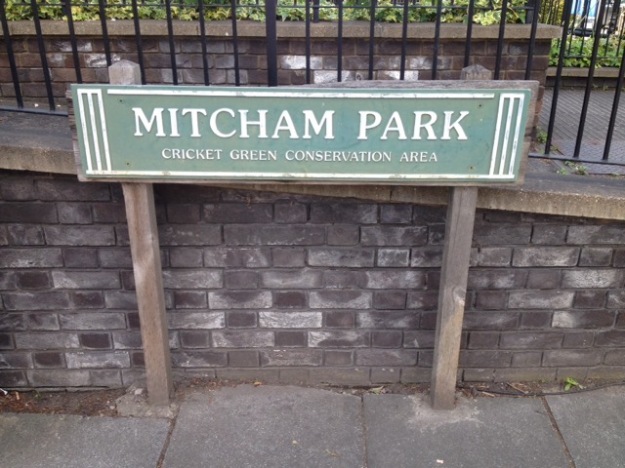 Of the remaining 42, two have been replaced with an incorrect design. By missing out the gaps between the top horizontal line and the wickets, and the extension of the lower horizontal line at the feet of the wickets, the ‘cricket pitch’ design is lost. Madeira Road and Willow Lane have these new designs. 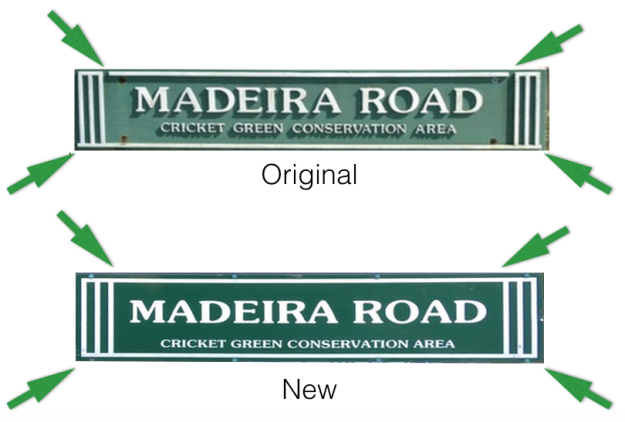 Errors in the design of the new road name signs lose the ‘cricket pitch’ of two wickets on a field.

Four signs are missing, and can be seen on Google Street Views.