This building, just south of Eagle House on the west side of London Road, was built in 1892. In 1922 it was transferred to Surrey County Council and became known as the London Road Boys School.

It was locally listed in 1991 by Merton Council, and is the only surviving building of the Holborn Union complex.

Various uses were later made of the building such as the Mitcham Evening Institute, a youth centre and Youth Employment Bureau. Amongst other local groups, the Army Cadet Force, “B” Mitcham Company, 2nd Bn East Surrey Regiment, met there. Its final use while under public ownership was as the Merton Care & Education Centre.

A user on the Facebook Mitcham History group wrote:

In the early 70s, it was Merton Adventure Centre. The base for sailing and canoeing throughout Merton. I was in the Poseidon Aqua Sports club and we used to make our own canoes round the back. We held Saturday night discos to fund our trips away.

A planning application in 2016 (16/P3513) to redevelop the site as flats was refused by the council, who said

The current use of the building, in 2019, is as the Makkah Masjid, or Mecca Mosque. 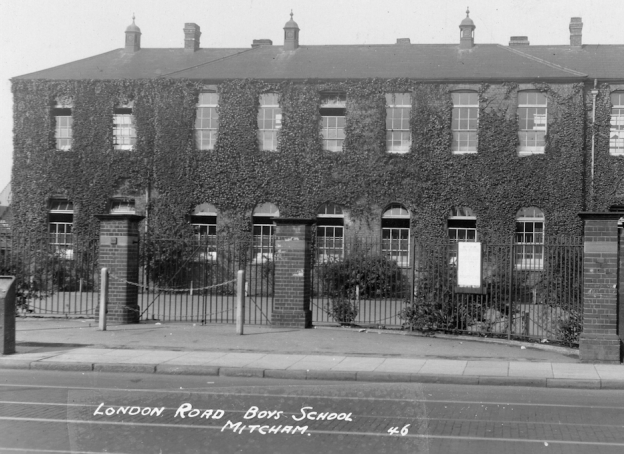 As shown in the photo above, the entrance to the school had two brick piers set back on a semi-circle from the road. The semi-circle can be seen on this photo taken from a flat across the road. 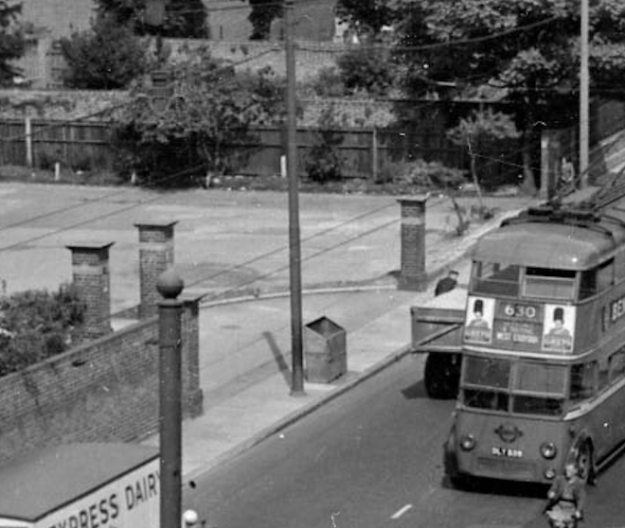 A 630 trolleybus passes the entrance to the London Road School in around 1953. This clip is from Merton Memories photo reference Mit_Streets_Lon_38-48

The front of the main building appears to jut out slightly, giving the impression of a centre with two flanks. This is best seen on a photo taken at an angle, such as this one by the photographer Martin Greshoff, who has kindly given permission for it to be used here. 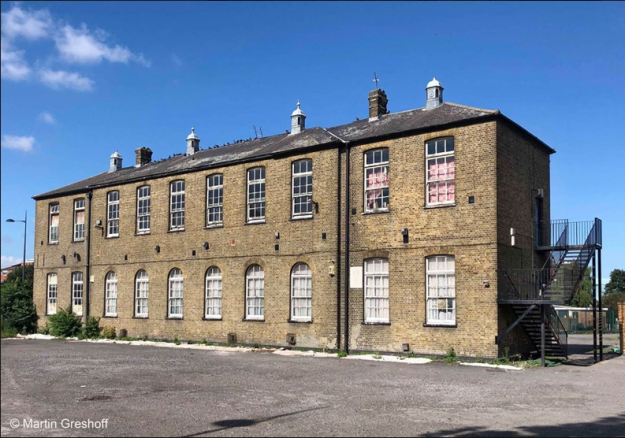 On the right ‘flank’ there is a drainpipe, and the centre of the building can be seen jutting out to the left of that. This design is reinforced by the window shapes along the ground floor. On each flank there are two windows, which have a slightly curved arch above. The central six windows however have a more prominent semi-circular arch above them.

All the windows on the upper floor have the same arch shape as the flanks on either side of the central part.