For details of the names inscribed ion the memorial, see the Roll of Honour website. It was cleaned in 1962, and some names were re-cut incorrectly as they couldn’t be read. At the same time two more inscriptions were added, for WW2 and other conflicts.

Source : Imperial War Museums Memorials
© IWM (WMR-12194)
Note that no dimensions are given on the IWM website.

A rough measurement of the height of the memorial was made, using an inclinometer app, and found to be approximately 19 feet. The railings around the memorial are 47 inches high. 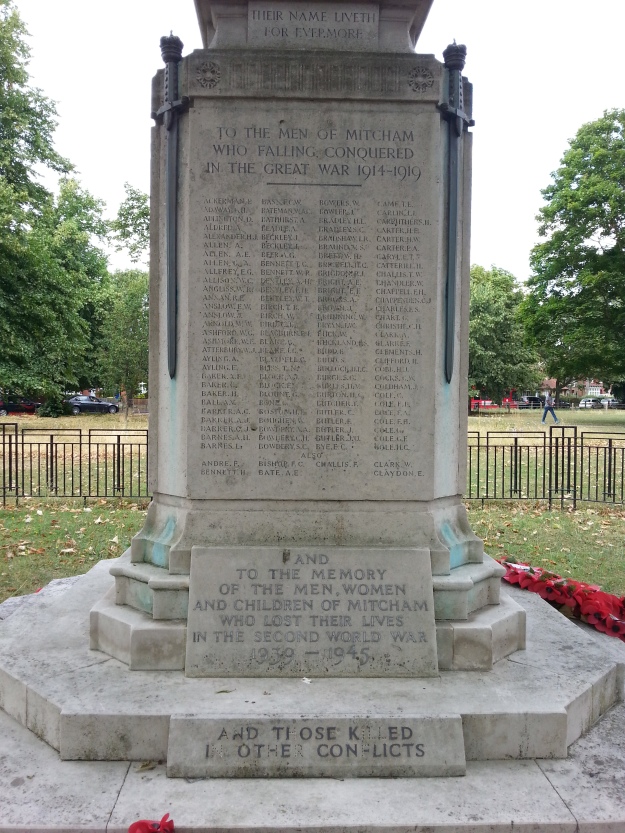 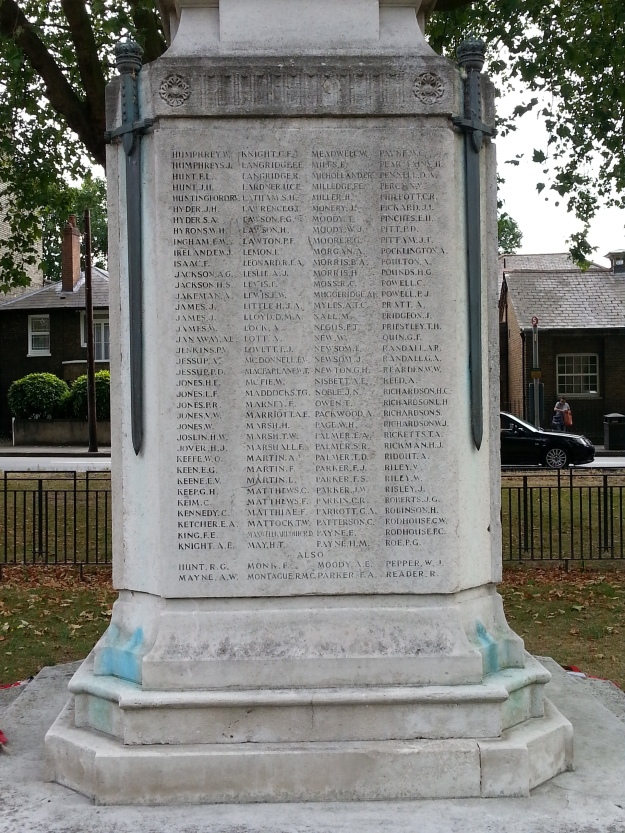 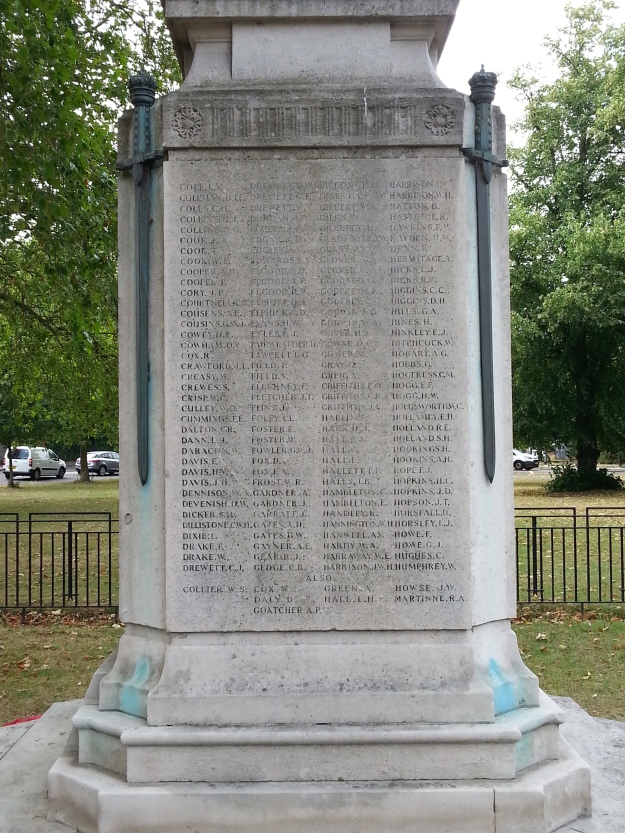