Road off east side of junction of Christchurch Road and Church Road, opposite Liberty Avenue. It was within the Mitcham Urban District although as letters were delivered from Merton, it acquired a SW19 post code. 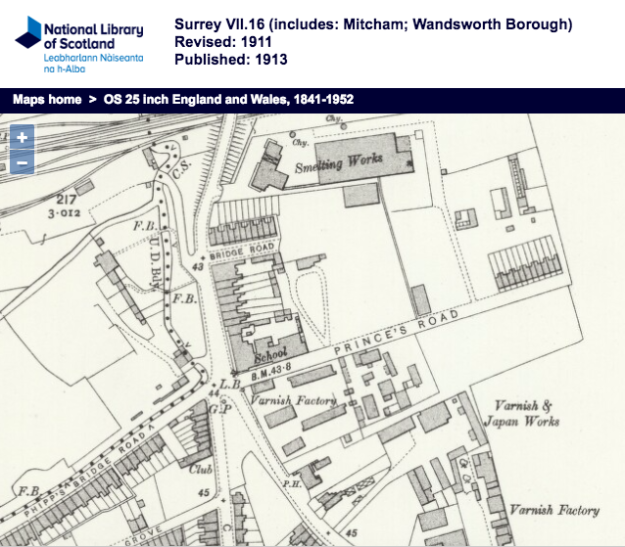 The road led to land that used by London colleges as playing fields, as shown in the 1930 Commercial Directory:

Which has led to the names of the business parks College Fields, at the eastern end of Prince Georges Road and Chelsea Fields, off Western Road.

The name of this road was changed after a request by the London County Council. They said that there were 10 Prince’s Roads in the LCC area with 4 of these were in the SW19 district. The Borough of Mitcham decided in 1934 to change Princes Road to Prince Georges Road.