Aspinall’s Enamel Ltd expanded in 1914 to add a factory in Bath Road in 1914. It was presumably at the Phipps Bridge Road end, opposite where New Close is today, as shown on this 1952 OS map. 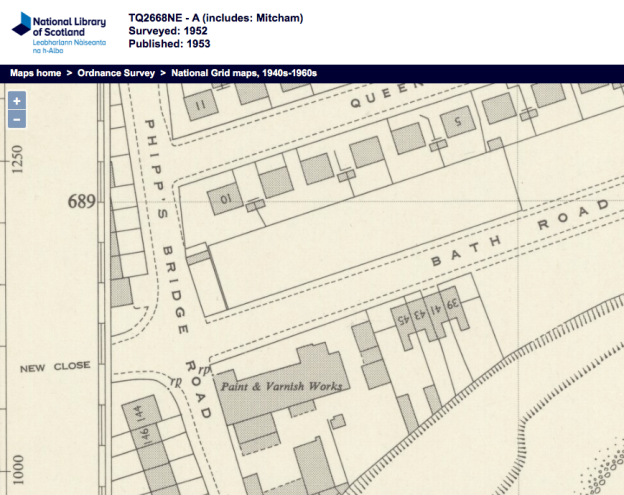 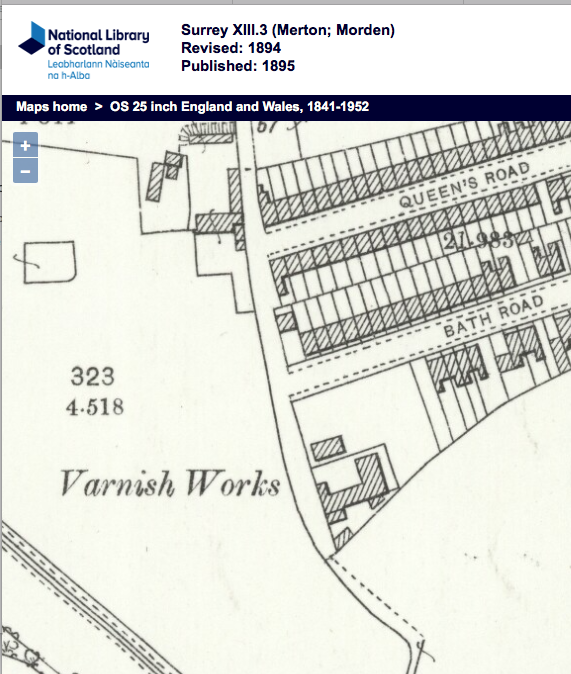 Messrs. Aspinall’s Enamel. Ltd., the pioneers of enamel paint making, have found it necessary to increase their productive capacity, and with that view have purchased an old-established varnish-works, in the Bath Road, Mitcham, where they hope to be able to deal more effectively with the increasing demand for their well-known enamel, varnishes, and other specialities. They are retaining their works and offices at New Cross as their headquarters for business communications.

Listed in the 1916 phone book as having two numbers in New Cross and one at Bath Road, Mitcham

Declared bankrupt in 1934, as record in the London Gazette. 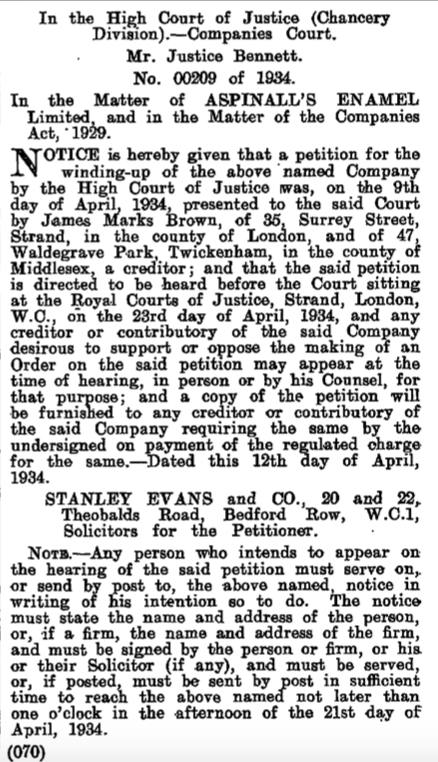