Used as a halfway house for homeless people before they were allocated housing, this building was demolished in 1962/3. 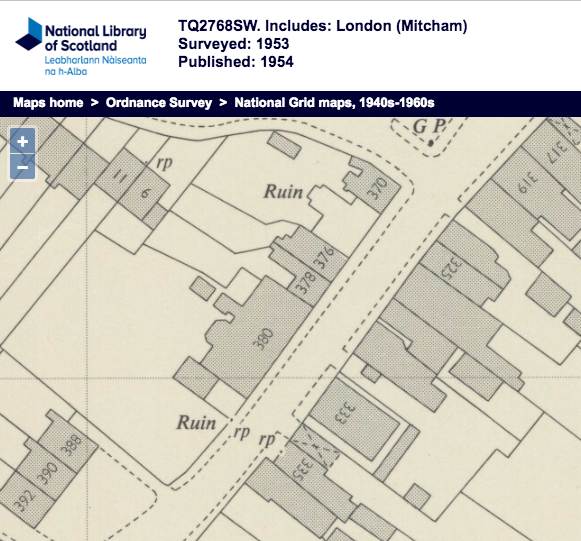 The Limes to go as half-way House
MITCHAM’s half-way house, “The Limes” – a temporary housing centre for homeless families – London Road, Mitcham, is to go.

Mitcham Council revealed this at their meeting last night (Thursday) when the chairman of the housing committee. Coun. W. J. Dungate. said the site was to be redeveloped.

Three modern-style shops, maisonnettes, garages and site works will be built in its place.

The large house, which was taken over some years ago by Mitcham Council, was split into eight units.

Most of the families who are put into “The Limes” stay for about 18 months before alternative accommodation is found for them.

At present there are six families in the building. A spokesman in the local housing manager’s department said this week: “I don’t know when the building will be demolished but we have purchased another building at Streatham where the families will be accommodated.

” The Limes’,” she went on, was once a large private house. When the council took it over they did so knowing that sooner or later it would have to be pulled down for road widening in London Road.

“That time has come and we are gradually making plans to transfer the tenants.”

Since “The Limes ” was taken over by Mitcham Council. local people have been anxious to see an end to it They have called the centre a slum, disgrace and an unwanted place in Mitcham.”

Time and again they have complained about the conditions there, and urged the council to clean it up.

In January this year Mr. Tom Braddock, former Labour M.P. for Mitcham, said at least £3.000 needed to be spent on the centre to give it “a decent living condition.”

But now the council have accepted proposals for the re-development of “The Limes” and have invited tenders for this scheme in advance of the demolition of the site.