In this 1913 OS Map, Manor Road was the name of the road at the northern edge of the Urban District boundary, and continued along past the Streatham Park Cemetery, then south towards Mitcham Common. 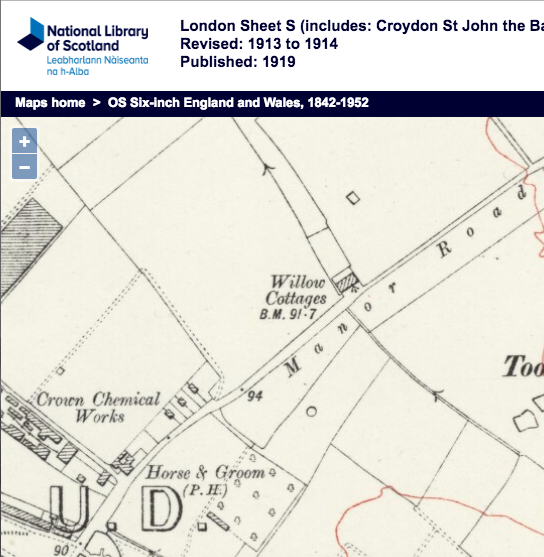 Parts of the road were renamed, after this suggestion in 1926:

From the minutes of the Mitcham Urban District Council
Highways, New Streets and Buildings, and Lighting Committee
Tuesday, 14th September, 1926

— Read letters from the Battersea District Post Office and the Streatham Park Cemetery Company suggesting the renaming of Manor Walk and a portion of Manor Road in order to prevent confusion.

Resolved to recommend, That the following names be adopted :

Manor Road, from Commonside East to a point 300 yards north-east of Willow Cottages ;

Northborough Road, from Manor Road to Croydon Boundary, and to be numbered from the Croydon end of the road ;

Rowan Road, from Manor and Northborough Road to Wandsworth boundary opposite No. 31, Greyhound Terrace ;