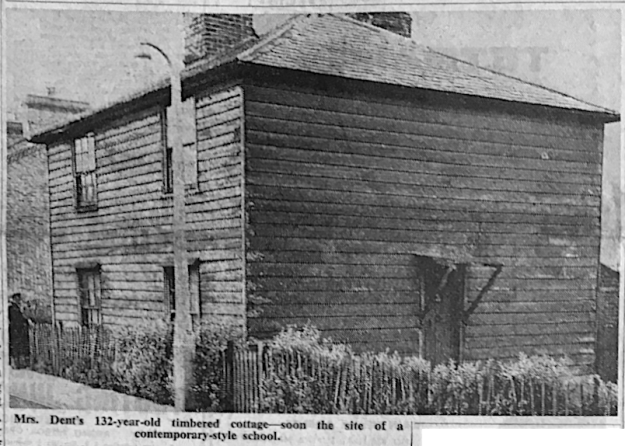 132-year old cottage to come down

SEVENTY-EIGHT-YEAR-OLD Mrs. Frances Dent, whose family have grown flowers in Love Lane, Mitcham for the past 60 years, walked out of her 132-year-old timber cottage for the last time on Tuesday.

She is the last owner of Dent’s Nursery, soon to be demolished to make way for a primary school.

When the Dent family first came to the cottage and nursery they were surrounded by open fields.

On the one-and-a-half-acre site they had five large greenhouses. Their main crop was flowers for Covent Garden.

Mrs. Dent who lived in the cottage alone since her husband died, walked along her narrow garden path and set off for the Tate Almshouses, Cricket Green, where she will now live.

“I have been very happy at the old place,” she said. “ It’s a great wrench to leave. But the house was in a bad state and it is best that it comes down.”

The lone nurseryman is 58-year-old Mr. Daniel Grace who rented the ground when Mrs. Dent’s husband died. He grew plants and vegetables to sell locally.

“ I am going to buy a little place in the country,” he said. “The place has changed. You have only got to cast an eye around the neighbourhood to realise that.
“In my day Love Lane was a lane. It was lined with hedges and dog roses.”

This OS map from 1954 shows a nursery and a pair of houses numbered 54 and 55 on the north side of Love Lane. 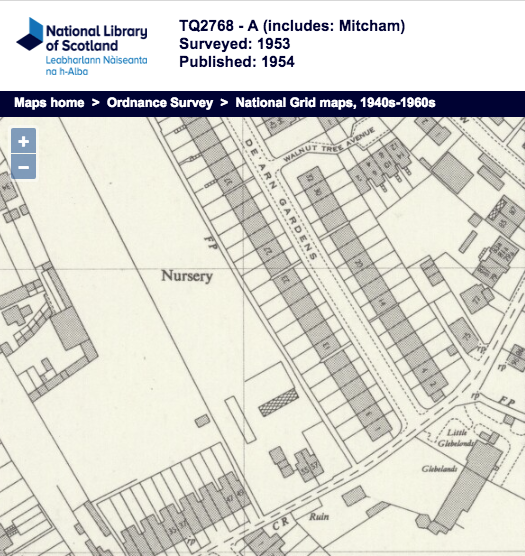