This photo shows the conservatory to the left, and the part of the curved drive leading to the entrance. Both of these features can be seen on this 1911 OS map: 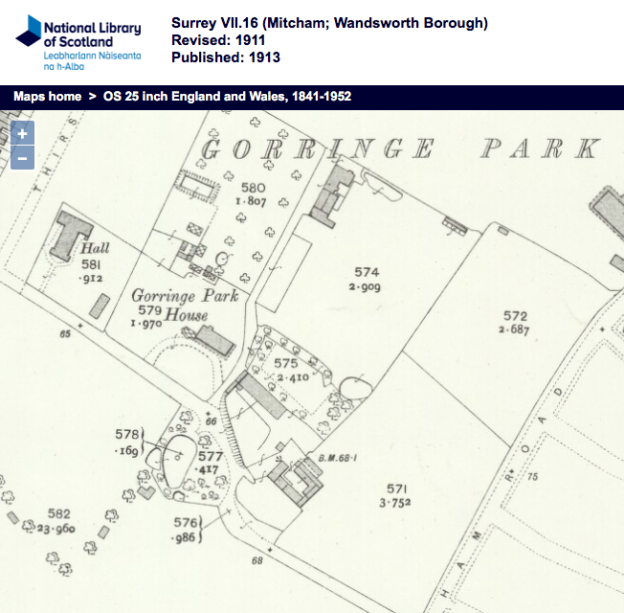 According to Eric Montague in his Mitcham Histories : 2 North Mitcham, page 91:

Built on the site of Biggin Farm, Gorringe Park House, was a substantial three-storied three-bay brick and slate roofed mansion in the modified version of the Italianate style which had become popular in the 1850s. The farmyard, complete with its piggeries, rickyard and barns, was retained, but the meadows and orchards in the immediate vicinity of the house were transformed to form gardens and parkland.

William John Harris, for whom the new house seems to have been built … in the 1871 census his occupation was listed as ‘Landed Proprietor’ and in the 1881 census stated his ‘Income From Land House Property’ … was related to the Moore family.