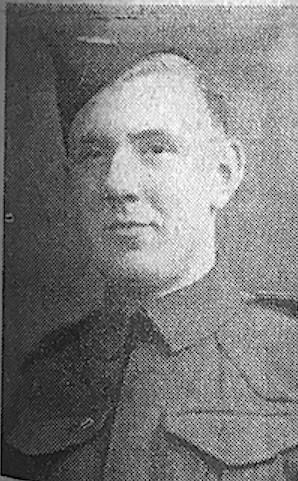 Lost Hand in saving his friend

Pte. Roy Coates, of the Rifle Brigade, eldest son of Mr and Mrs S. Coates, of Poplar Avenue, Mitcham, was fighting on an Italian battlefield when his friend fell near him wounded in both legs.

Instead of seeking safety Pte. Coates advanced through heavy fire, picked up his injured comrade and carried him back to our own lines.

His gallant action cost him his left hand. It’s also resulted in his being recommended for the immediate award of the military medal.

In a letter to his parents, Pte. Coates, who is in a military hospital in Scotland, says that his real reward is that his friend is recovering. “He is very grateful to me for what I did. You know my ideas on glory; the sooner it is forgotten, the better,” he writes.

Pte. Coates is 21 and a six footer. He was educated at Western-road School, Mitcham, and afterwards worked at Wimbledon Co-operative Stores and at Mitcham Works.

From Recommendations for military honours and awards 1935-1990. The National Archives of the UK (TNA), Kew, Surrey, England. Series WO 373.