Benedict Terrace was a row of six houses in Belgrave Walk when it ran from Phipps Bridge Road to Century Road. This part of Belgrave Walk is now Illingworth Close. 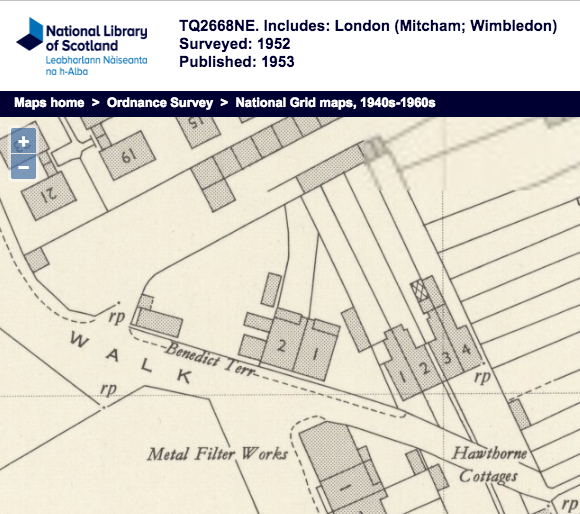 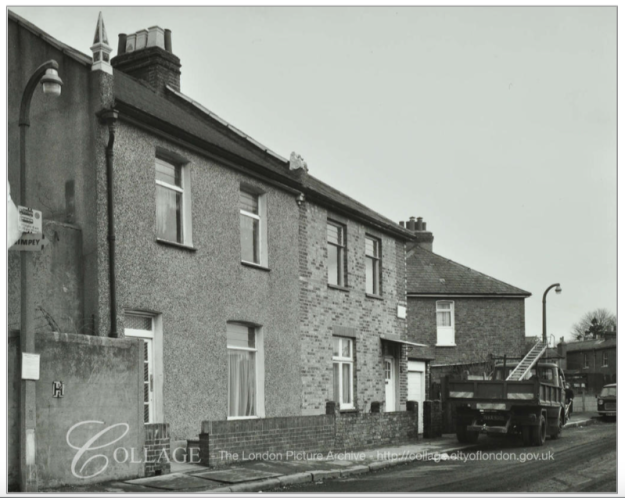 Occupants in the 1904 street directory

Rowan Terrace was a row of 8 cottages near Homewood Road, that were demolished in the 1930s.

The 1925 street directory gives details of how to find this terrace.

This 1952 OS map gives us house numbers, so the Post Office is number 71 (deduced from adjacent number 73). 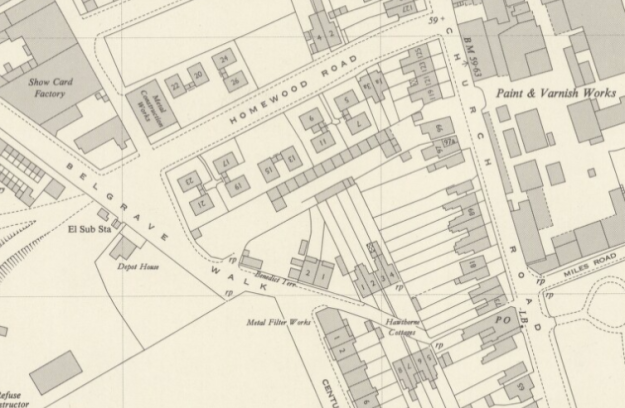 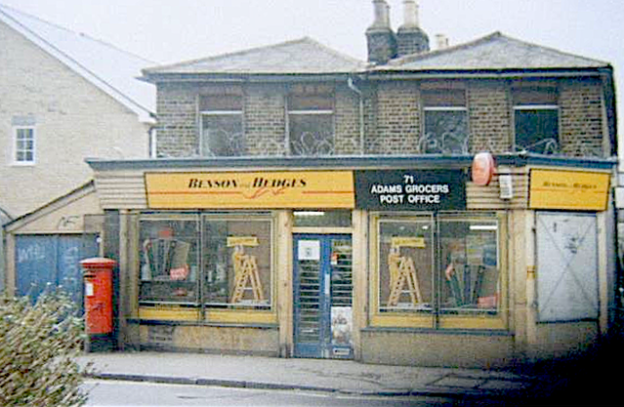 The alley at the side of the post office was known as Jessop’s Alley, later Adams or Adams’s Alley after the Adams family that ran the post office. ‘Adams Grocers’ can be seen on this photo.

As Rowan Terrace is described in the street directory as being between Benedict Terrace and Homewood Road, this 1932 OS map shows a row of 8 buildings between the back gardens of Homewood Road and a footpath (marked as F.P. on the map). 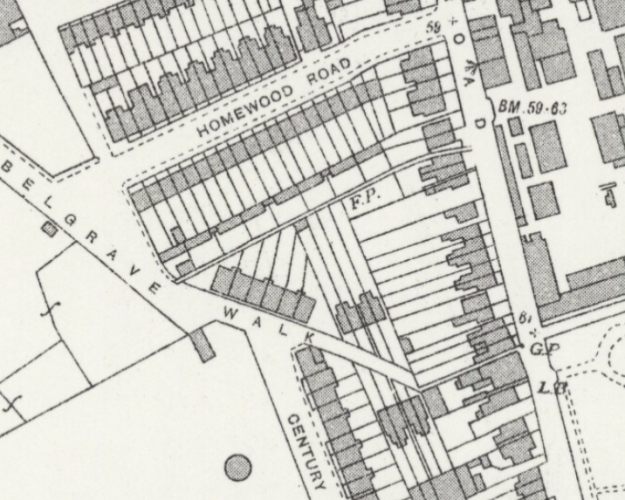 The 1934 Health Report identified this terrace as a clearance area. It says there were 8 cottages, which is the same number as seen on the 1932 map.

Source: Report of the Medical Officer of Health for Mitcham, Wellcome Trust, page 33

Garages were built on the site of Rowan Terrace. These can be seen in this aerial photo from 1937 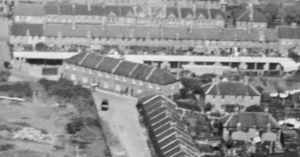