In 1948 the Borough Engineer reported the size and location of recreation grounds and open spaces that were allotments for the Dig For Victory campaign in World War 2.

These aerial photos are from 1945. 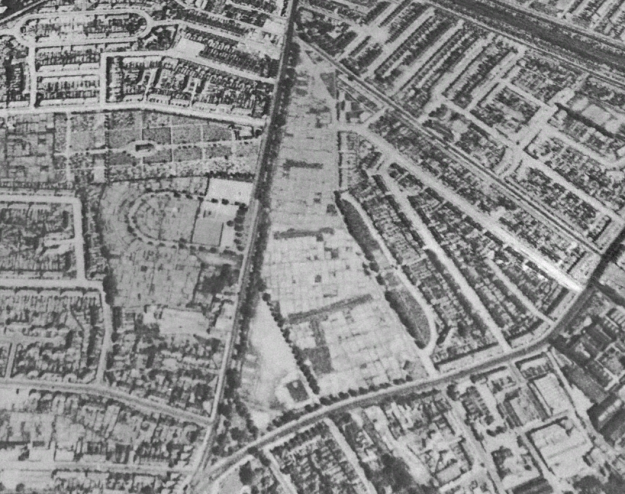 The Canons and Lower Green East

A plaque near Blackfriars Bridge reads

In memory of 11 London Auxiliary Firemen, a Sub officer of the London Fire Brigade and five Mitcham Auxiliary Firemen, killed by enemy action while relaying water from the basement of the demolished Surrey Theatre, which stood on this site and was then used as an emergency water supply, to fires at the Elephant and Castle on the night of 10th/11th of May 1941

The five firemen from Mitcham are listed below. The links are to Commonwealth War Grave Commission web page entries.

Source of age and address is the Commonwealth War Grave Commission website.