A terrace of 12 houses that were on the west side of Church Place, a road off Church Road, between numbers 32 and 34. Demolished in 1962/3, see below. 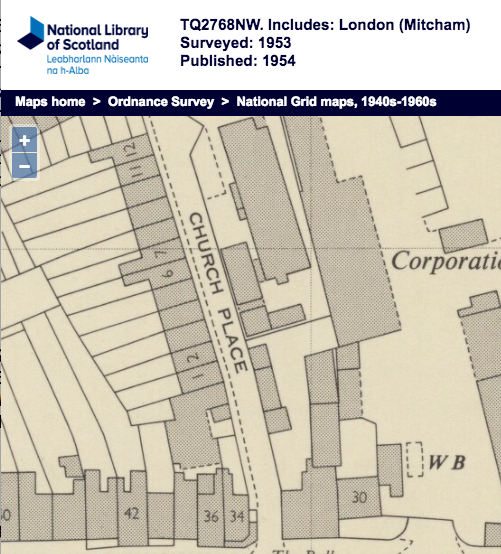 From Minutes of the Housing Committee
6th June 1957
page 48

Resolved, That the Council give an undertaking to carry out or secure the carrying out of such re-housing as the Minister of Housing and Local Local Government may consider necessary.

Demolition of 1-12 Church Place and 42-60 Love Lane
The following quotations have been received for the demolition of the above properties:-

I recommend that the lowest quotation, that of Messrs. Gorst & Co., Ltd. in the sum of £290 be accepted.
Yours obediently,
J. W. Turner,
Borough Engineer and Surveyor