North side of Church Road, west of junction with Church Place.

According to Montague, in his Mitcham Histories : 12 Church Street and Whitford Lane, page 84,

… their less-steeply pitched roofs suggest they are early 19th century, when cheap slate was becoming readily available … possibly erected by Oxtoby and Sons. 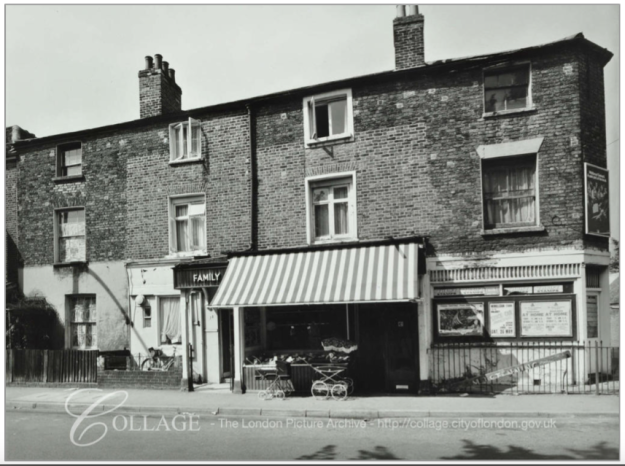 Note that this part of Church Road was previously called Church Street, as in the title of Montague’s book mentioned above, and shown in this map from 1910.