House at no. 6 Cricket Green, which is next door to the cricket pavilion and was built in 1903 for Lt. Col. Stephen Chart, son of Robert Masters Chart. 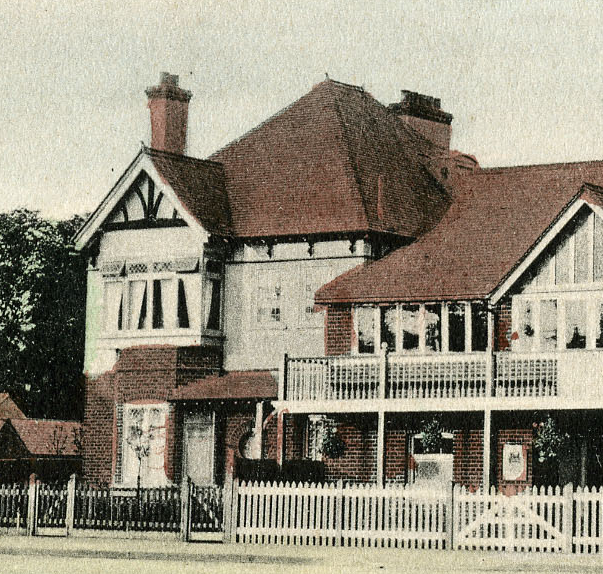 Col. Chart recalls the story of the two trees standing opposite his house which obscured the view across the Green. By arrangement, these trees were removed by permission of the Conservators and two new trees were supplied by Mr. R. M. Chart and planted by him at a site opposite the Town Hall, outside the boundary of the cricket ground, where they flourish to this day.

R. M. Chart. J.P., father of the President, was at that time secretary of the Green Protection Society, a body which was formed about 1875, “… to preserve the Green from coconut shies and grazing horses “.

It was during his term of office in 1894 that the Surrey Club contributed £25, half the cost, towards a better system of drainage on the Green. In dry weather in the Summer the
direction of the drains can be clearly seen against the background of dry grass. Fred Gale, who was a great supporter of Mitcham cricket had the Green “Bush drained” some years
previously.

Road off north side of Lewis Road. Named after local councillor William Dalton, who became mayor of Mitcham in 1942.

Possibly built in 1936/7 with houses in same construction and style as New Close. There are seven blocks of 6 houses, and two of 5. 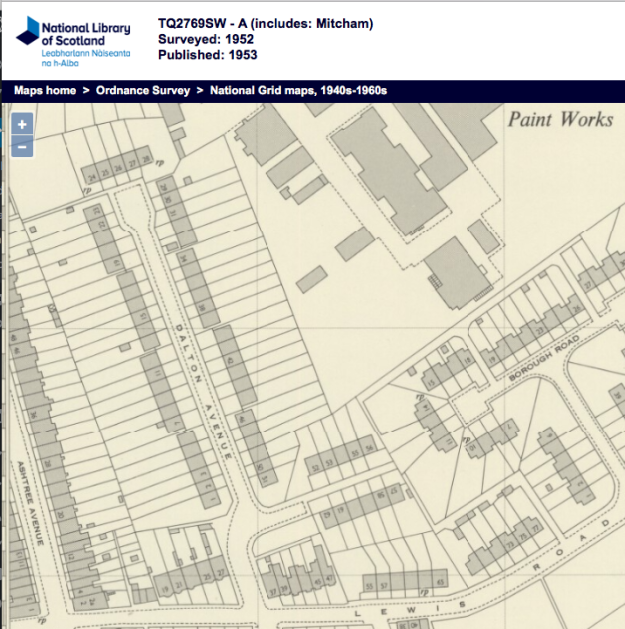 The road and houses were built on land that formerly was called Nicholl’s Orchard, as described in a 1903 council meeting, and shown as field number 298 on this 1894 OS map: 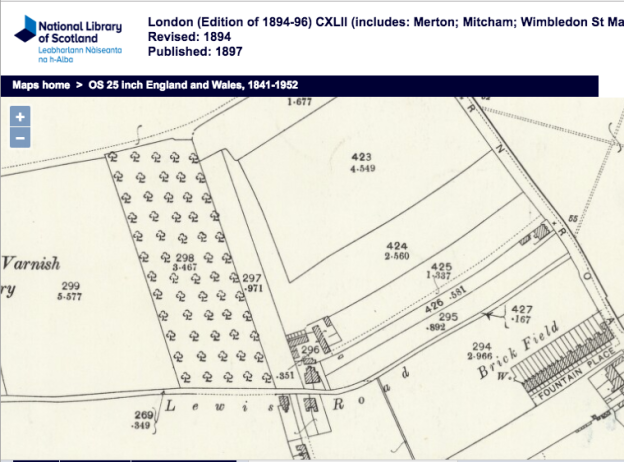 … The piece of land in question is about 3.5 acres in extent, and was formerly known as “Nicholls’ Orchard.” It has a frontage of about 230 ft to Lewis Road, and a depth of something over 650 foot. …