From the Norwood News – Friday 29 January 1932, from the British Newspaper Archive, which requires a subscription.

Death of Mrs. Will Poluski

HER KINDNESS TO ALL

Mitcham has lost a famous resident by the death of Mrs. Harriet Poluski, widow of the late Mr. Will Poluski, one of the famous Poluski Brothers, comedians. Mrs. Poluski lived with her son, Mr. Sam Poluski, manager of the Three Kings Hotel, Mitcham Common, Mrs. Poluski being the licensee.

She had been ill for some time, and on Monday week went into Wilson Hospital for an operation. This was supposed to have been successful, and Mrs. Poluski was expected to get well again. It came as a great shock to her relatives when she suddenly collapsed and died on Friday morning. Her age was 72. — While living at Mitcham Mrs. Poluski had endeared herself to a large circle of friends. She was a very affable lady, and, in the words of a friend, was a “dear old soul.” Everybody who knew her spoke highly of her wonderful traits of sympathy, generosity and optimism. Her death will be mourned generally, and particularly by her local acquaintances, to many of whom she was a fairy godmother.

As Nettie Waite, comedienne, Mrs. Poluski was well known on the variety stage more than thirty years ago — a star of former days.

She and her husband had been married nearly fifty years when Mr. Poluski died, about eight years ago. This was two years after the death of his partner-brother, Sam, had brought to a close a famous musical hall partnership lasting nearly half-a-century.

Mrs. Poluski leaves one son, Mr. Sam Poluski, of the Three Kings, and two daughters. Her other son, Mr. Will Poluski, jun., who was Miss Rosie Lloyd’s husband, died about two years ago while on a stage tour in South Africa. His death, following closely on that of his father, was a big blow to the mother.

The two daughters, who are well known in the stage world, are Miss Winifred Ward, the comedienne, and Mrs. Lottie McNaughton, wife of Mr. Gus McNaughton, the talented comedian.

Mrs. Poluski’a grand-daughter — Miss Winifred Ward’s daughter — is Miss Polly Ward, who for a time was one of the “Trix Sisters,” and who also appeared with the Co-optimists.

The funeral of Mrs. Poluski took place on Tuesday at Lambeth Cemetery, Tooting, her remains being laid to rest in the same grave as that of her husband.

The Rev. W. K. Roberts, Vicar of St Mark’s, Mitcham, conducted the services both at the Three Kings and the graveside.

Messrs W.P. Mellhuish and Sons, Mitcham and Tooting, were the undertakers.

Work started in July 2016 as part of the Rediscover Mitcham Project, to convert the pedestrianised street, between the Kings Arms and white Lion pubs, to a ‘bus street’. This appeared to have been completed in January 2017.

Then it was dug up again to lay gas mains, and this is ongoing in July 2017, one year after the work started. 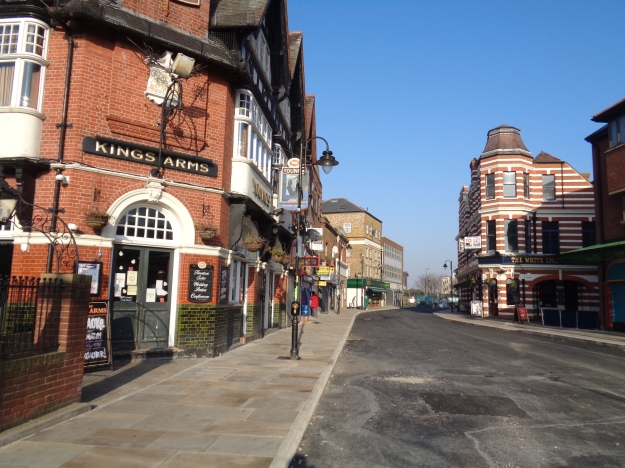 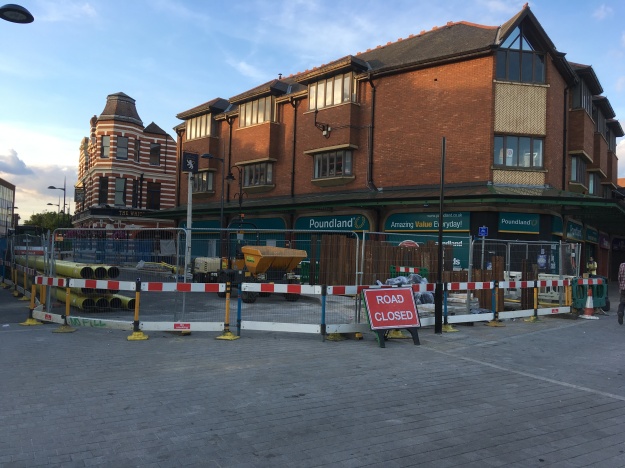 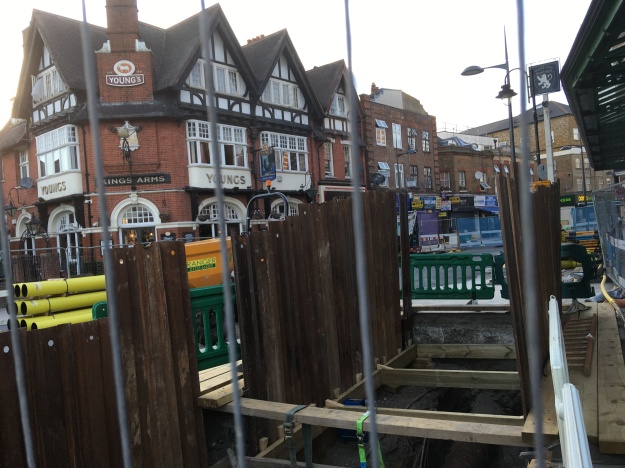 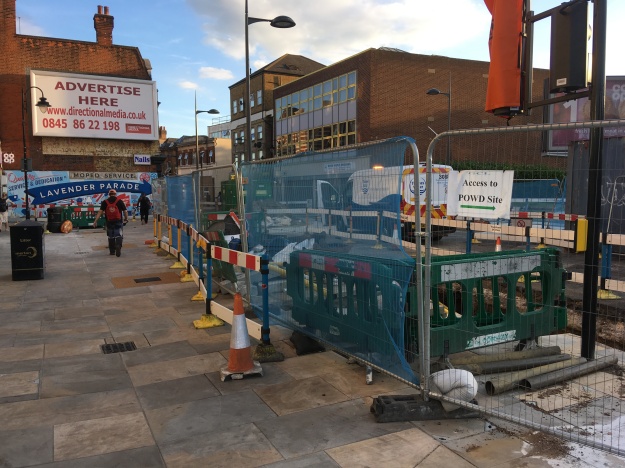 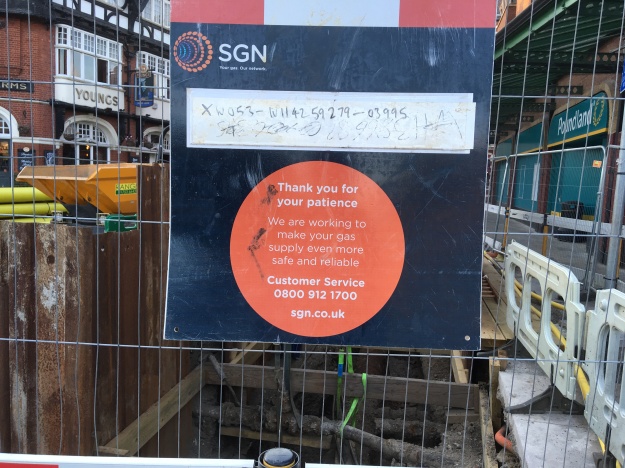