No longer exists. It was a road that was on the east side of the Three Kings Pond and connected Commonside East to Commonside West. In around 1982 it was removed and this connection was replaced by an diversion of Commonside East and a roundabout. 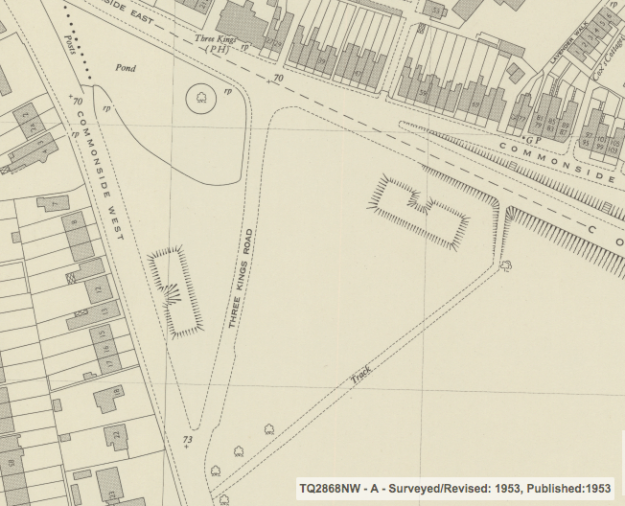 This photo, from around 1974, of a Metropolitan Police Recruitment day shows the road on the right.

Note also the route of the footpath that connected Cold Blows to Lavender Walk. This was an ancient path connecting the west and east fields. The path is now diverted to before the start of the Beehive Bridge incline.

Currently residential, but was a newsagents shop. In the 1954 phone book, the occupant was A.G. HENDRA, listed as confectioner & tobacconist.

This property is the left hand one of three, as shown in this photo, taken from the Beehive Bridge. To the left of number 79 is the footpath Lavender Walk.