Following the road as it is currently numbered, it starts as a footpath off Church Road along the eastern side of the parish churchyard, and continues to Western Road.

Eric Montague, in his book, 12 Church Street and Whitford Lane, chapter 6, said that Love Lane almost certainly dated back to the Middle Ages as it served as the access lane to strips of land that stretched north of it. These strips were around a furlong, or 22 yards, in length, and the layouts of roads such as Frimley Gardens and Rodney Road to Fox’s Path, another access lane. 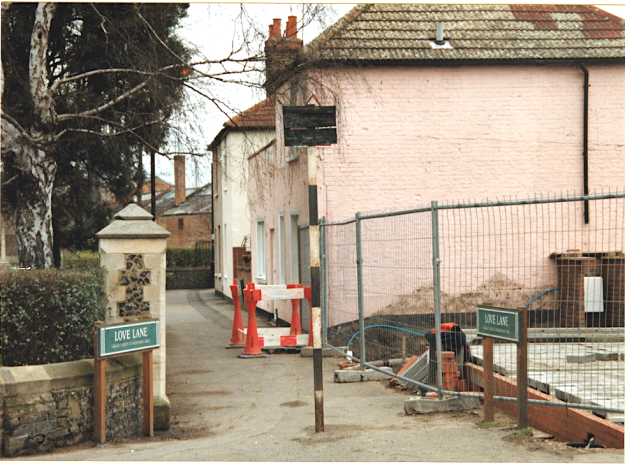 Entrance to Love Lane from Church Road. Photo taken when four 3-bed houses were being built on this corner by the Beaver Housing Society in 1996/7, which is now numbered as 82A Church Road.

In Love Lane, the houses with even numbers 2, 4 and 6 are on the right in the first part of the footpath, then 8, 10 and 12 are round the corner as the path heads east.

Then there is a block of four houses numbered 14, 16, 18 and 20, that have a datestone identifying it as Laburnum Cottages. 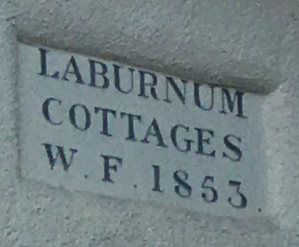 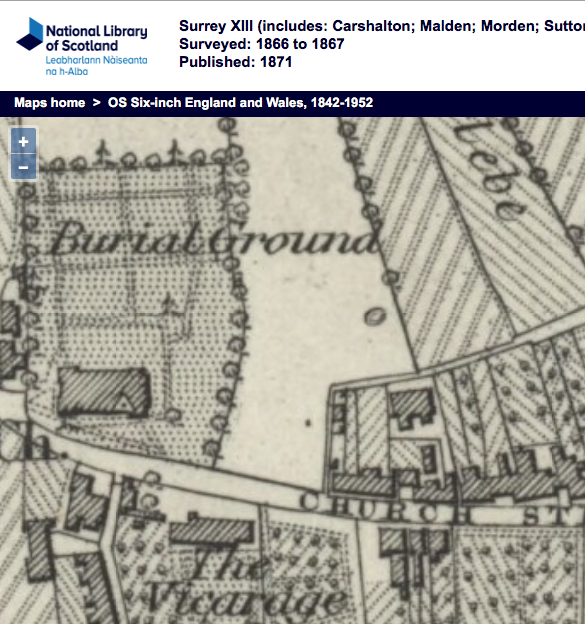 After this block the footpath ends, and on the left is a terrace of 6 houses, numbered 1 to 11. This has a name plate in the middle, partially obscured by a drainpipe, which says ‘Hope Terrace’.

Opposite this terrace are houses built around 1983, as planning permission MER170/83 was granted on 21st April 1983. They are numbered with suffixes.

Next to these houses on the right side of Love Lane is a three storey block of 12 flats called Frimley House, which has numbers 22 to 44. Possibly built late 1930s or post-WW2 as the block is not shown on the 1933 OS map.

Opposite Frimley House, and past Hope Terrace, are two pairs of semi-detached houses, numbers 11A and 15, 17 and 19. Next to 19 is number 21, a detached house that is on the corner with Frimley Gardens.

After this the roadway turns right into Church Place but Love Lane continues as a footpath until Edmund Road. On the right can be seen the remains of the entrance to the council depot. 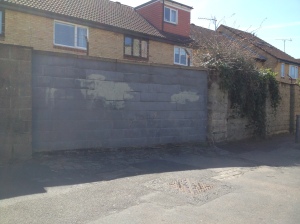 Past Harwood Avenue, the next houses on Love Lane are a pair of semi-detached on the left numbered 23 (Hope Cottage) and 25 (Rose Cottage). This is the only remaining pair of such cottages from those that were built in the early 19th century. The 1896 street directory describes walking from Church Street to Western Road, i.e. in a easterly direction, and the occupants were: 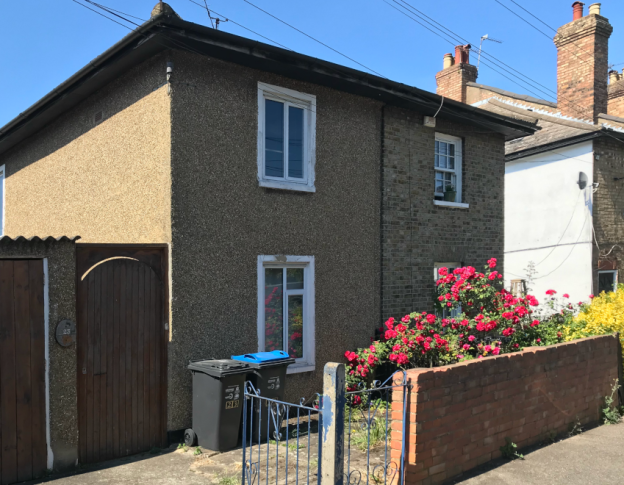 Rose Cottage was the childhood home of William Henry SLATER, who emigrated to Australia in the late 1850s where he was one of the founders of the Mitcham township, now a suburb of Melbourne, Victoria.

This is followed by a terrace of 12 houses, numbered 27 to 49, which has the nameplate in the middle of ‘Douglas Cottages’. These were built in the first decade of the 20th century according to Montague., and were numbered 1 through 12, from west to east. In the 1915 directory Stewart Daniel SLATER, florist, is listed at no. 12.

After Douglas Cottages is currently a nursery school, built in the early 1960s after a pair of semi-detached cottages, numbered 55 and 57, called Dent’s Cottages, was demolished. The Mitcham News & Mercury had an article in the 2nd September 1960 issue: 132-year old Love Lane cottage to come down.

Further along on the left hand side, after Dearn Gardens, are two detached houses that are set back from the road side at an angle, number 75 and number 77, the latter of which may have been called Glendene when it was occupied by George Victor DEARN, who developed Dearn Gardens.

An older terrace of 4 houses, numbered 123 to 129, north of the corner with Westfield Road, dated from the 1880s, as are the similar houses on the north side of Westfield Road, according to Montague. The 1910-1911 street directory lists these houses as Knapdale Villas, with these occupants:

A photo from around 1970 on Merton Memories, incorrectly labelled as Gladstone Road, shows these houses with their original slate roofs. 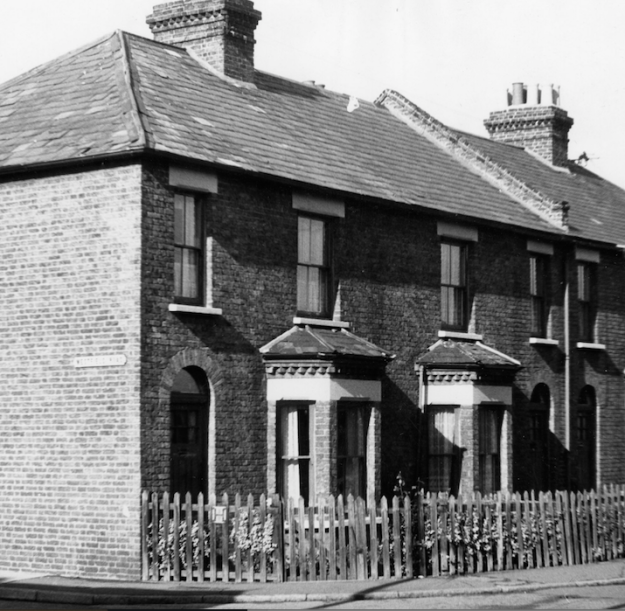 From the current footpath that leads to the Glebe Path and Queen Anne’s Gardens, on the right hand side of Love Lane northwards, were 6 pairs of semi-detached houses, all demolished by the end of the 20th century and replaced by houses and bungalows.

From the 1896 street directory the occupants, in houses numbered from 12 down to 1 heading north, were: