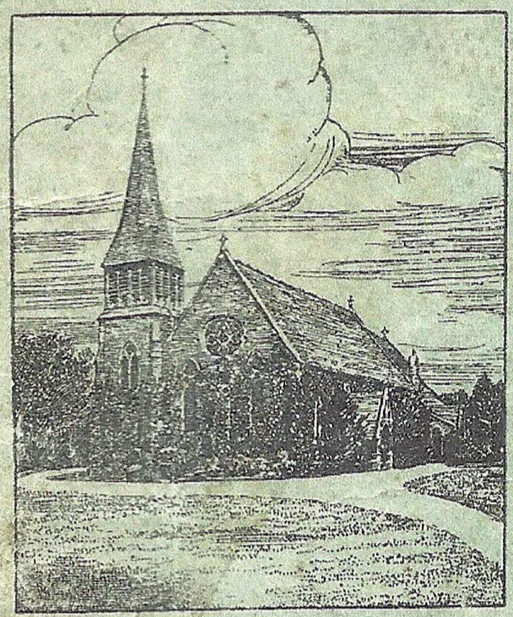 Church, on Christchurch Road, which was built in 1874.

It was originally in the Mitcham parish and was built to cater for the increasing population in north Mitcham. The area covered by the church was described in the London Gazette, see District Chapelry of Christ Church.

The new church at Singleton has been consecrated by the Bishop of Winchester. The edifice, which containes 550 sittings, has been built from designs by Messrs. Francis, of London, the total cost being £4,283. The chief part of this sum has been the joint contribution of Mr and Mrs Harris, of Gorringe Park, Mitcham, who have also erected, at their sole cost, a parsonage and mission-room, on the adjoining ground. The amount of their gift is between £6,000 and £7,000. The site has been in part the gift of Emanuel College.

Note the spelling Singleton should have been Singlegate.

Eric Montague said, in his book Mitcham Histories 2 : North Mitcham, page 93, that in 1968, on his suggestion, the chapelry boundary stone that was in Streatham Road, opposite the east lodge of Gorringe Park House, be moved to the church for safe keeping.

In this OS map of 1895, the church was surrounded by fields, with watercress beds opposite. 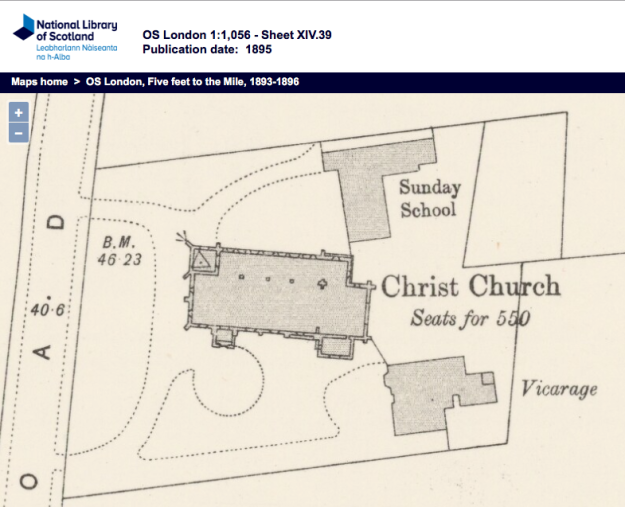 See also the history of Christ Church on the church’s website. 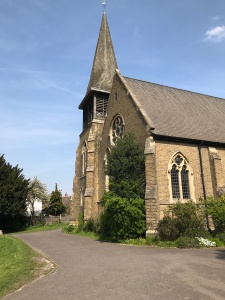