Called Sibthorp (without the ‘e’) in earlier street directories, Sibthorpe Road is currently a short road, almost an alleyway, off of the west side of London Road, north of the Kings Arms pub and opposite the White Lion of Mortimer pub (formerly the Bucks Head). It leads to the public car park, which has entrances in Holborn Way.

It was possibly named after Waldo Sibthorp of The Elms.

On the 1866 OS map there is a strip of land with trees, with two houses on the south side. 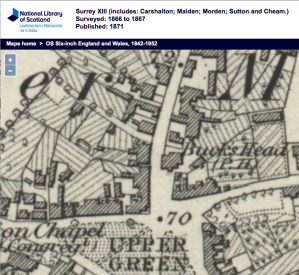 An auction notice of 1879 includes a block of 12 brick and slate houses, one unfinished, with the rest let at 5 shillings per week, which could imply that they had recently been built. The auction also refers to two cottages and a plot of building land opposite. 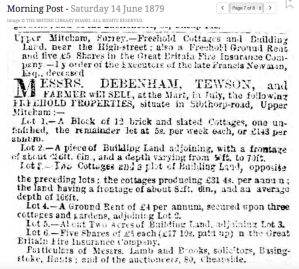 The 1893 electoral register includes named terraces, listed below. It is not known which terrace was built first.

Occupants listed in Sibthorp Road in 1893: 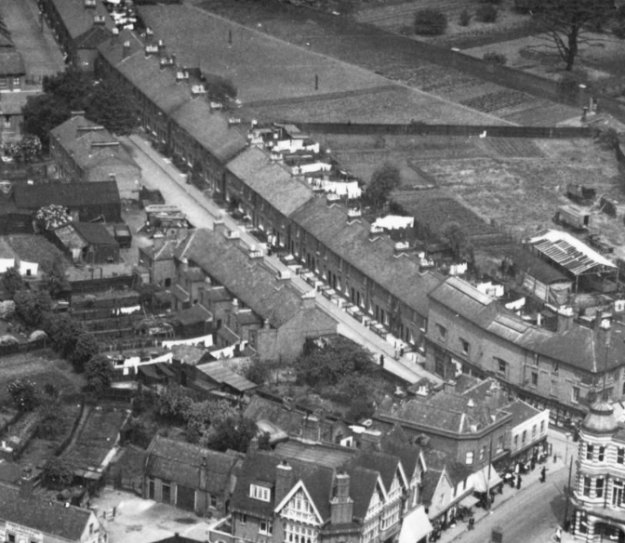 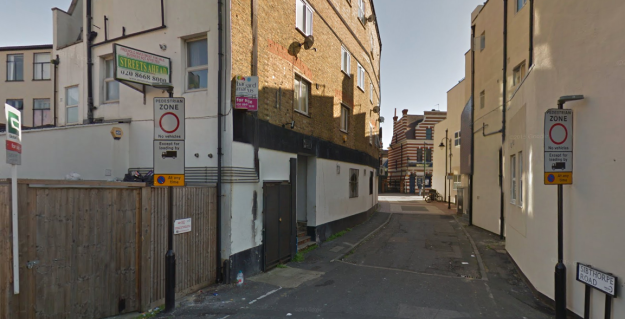 2015. View from public car park. White Lion of Mortimer pub can be seen at far end. 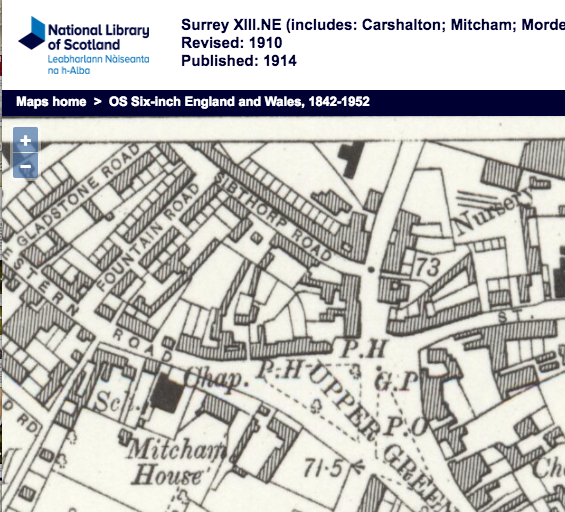 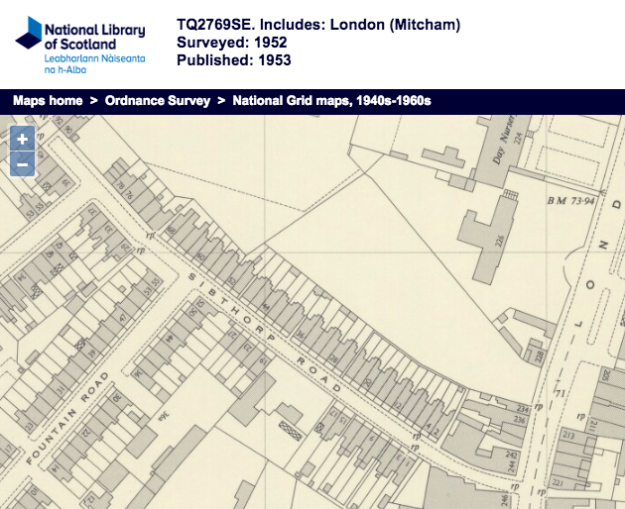 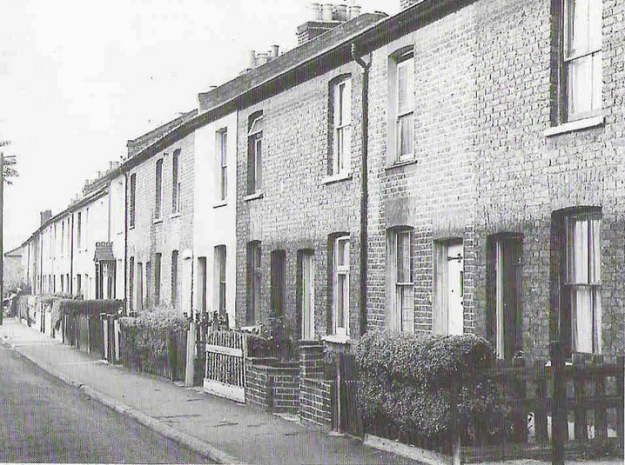 MITCHAM ROBT. N. FULLER, MOON & FULLER Will Sell by Auction, at the Greyhound Hotel, Croydon, on THURSDAY, JANUARY 26th, at Six o’clock, NOS. 2 to 24 (even Nos.), SIBTHORP ROAD, consisting of twelve desirable leasehold COTTAGES, producing together £202 16s. per annum. Printed particulars with conditions of Sale may be had of the Vendor’s Solicitors, Messrs. Woodcock, Ryland and Parker, 15, Bloomsbury-square, W.C. ; of Messrs. Chart, Son and Reading, Architects and Surveyors, Vestry Hall, Mitcham, and at the Auctioneers’ Offices, 83, High-street, Croydon, and at Purley, Coulsdon, Reigate, and Epsom

1911 Census for the family of Private George James Howe.

Matilda Baker and Emma Gregory lived here and both worked as Firework Artists, according to the 1881 list of workers at James Pain’s firework factory.

G MORRIS of 84 Sibthorpe Road, aged 26 Years, Plumber. Volunteered with the Derby Scheme on 12 December 1915 to the Royal Engineers.

A Mitcham mother had to answer in dock at Croydon on Saturday for having failed to send her child to school regularly. The prisoner, who had been arrested by a warrant officer, was Edith Amelia Hinckley (31), married, of Sibthorp Road. She had been before the court six times on summonses, and had failed to obey the last one. After the last fine, on October 7th, her girl made only 12 attendances out of a possible 103.

Prisoner said the child was delicate, and having 6 youngsters to keep on a separation allowance of 29 shillings weekly, could not properly clothe her for going out in all weathers.

A fine of 10 shillings was imposed.

From the tenth century, shires, or counties such as Surrey, were divided into administrative areas called Hundreds. (In the Danelaw this division was called a Wapentake).

With the formation of the County of London (1888) and then the Borough of Wandsworth (1899), parts of the parish of Tooting-Graveney were in Mitcham because of this river boundary. So in 1903 the railway line was chosen as the new boundary and the area north of it went to Wandsworth Borough and the south of it to Mitcham. 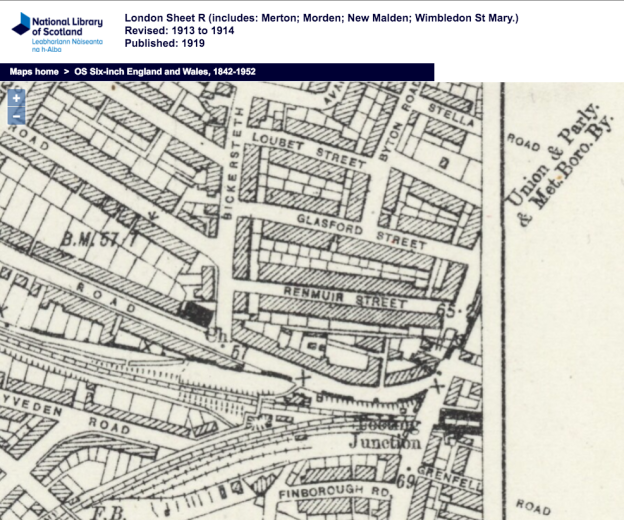