In 1952, a terrace of 7 houses on Church Road, it no longer exists. It was on the corner with what is now called Liberty Avenue.

To Land Speculators, Builders, Building Societies, Investors, and others. Upwards of acres of valuable Building Land, immediately ripe and available for building. Also Five Freehold Cottages, all let, and producing £52 per annum.

Messrs. Rogers, chapman, and THOMAS are instructed to SELL by AUCTION, in lots, at the Mart, Tokenhouse Yard, City, E.C., on Tuesday, May 12. at p.m. precisely, FIVE brick-built FREEHOLD COTTAGES, known Chilton – place, Church-lane, Mitcham; all let, and producing £52 per annum.

Also 20 Plots of Freehold Building Land, situate at Mitcham, close to four railway stations on the London, Brighton, and South Coast Railway, the church and Common, and ripe for building.

Mr. G. WALTON MOULAND Has received instructions to Sell Public Auction, the White Hart Hotel, Lower Mitcham, on Wednesday, March 3rd, at Six for Seven o’clock, THE Valuable and substantially built FREEHOLD DWELLING-HOUSE and SHOP adjoining the Albion Beerhouse, Church Road, Mitcham situated on the high road from Mitcham Merton, and one minute’s walk from Merton Abbey Railway Station. property is at present in hand, but would immediately let at £25 per annum. Particulars conditions of sale, may obtained from Messrs. Drummond, Robinson, & Till, Solicitors, Croydon; at the place of sale; and of the Auctioneer, 19, High Street, Mitcham. 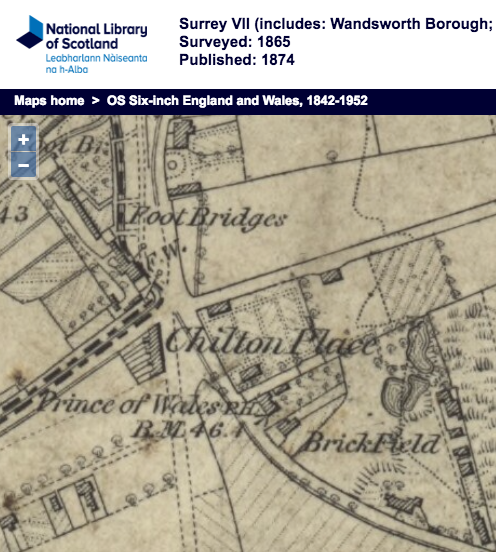 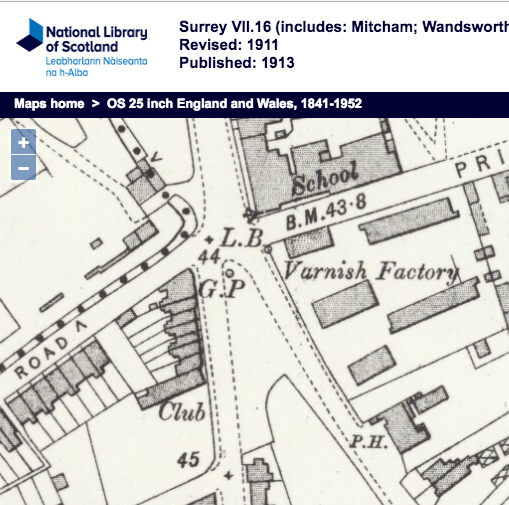 1911 OS map – the pub on the right was the Prince of Wales; and the ‘club’ was the Singlegate Club. 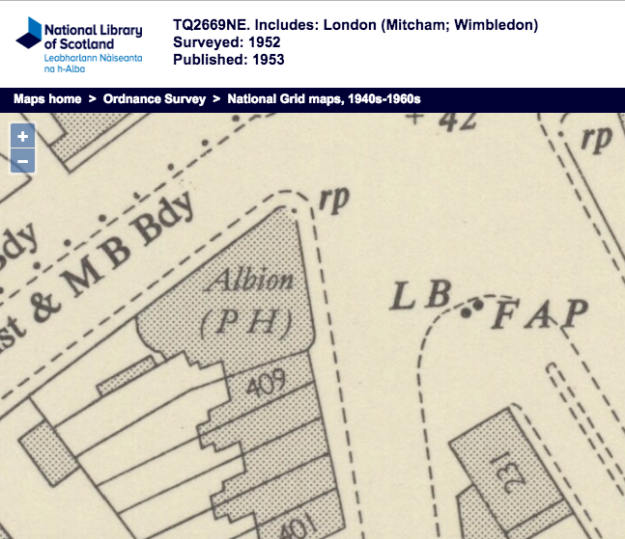 Occupants in the 1896 street directory