Road that runs northwards off of the north side of Lower Green West.

The houses were probably built in 1929 or later by Isaac Wilson. The title deeds for one of the houses up for auction in February 2017 show that he bought the land on 10th November, 1928.

A Conveyance of the land in this title and other land dated 10 November 1928 made between (1) The Revd. Charles Aubrey Finch (the Incumbent) (2) The Governors of the Bounty of Queen Anne for the Augmentation of the Maintenance of the Poor Clergy (3) Cyril Forster Bishop of Southwark (4) The Revd. Alard Charles De Bourvel (5) Randall Thomas Archbishop of Canterbury and (6) Isaac Henry Wilson (Purchaser)

On this 1867 OS map a path is shown across ‘glebe’ fields to the Glebelands house. These fields had been bought in the 18th century using the Queen Anne’s Bounty, which was a scheme for providing an income to the local clergy. 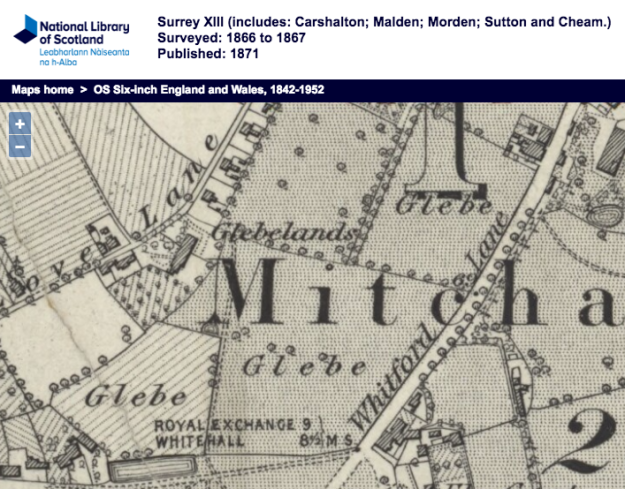 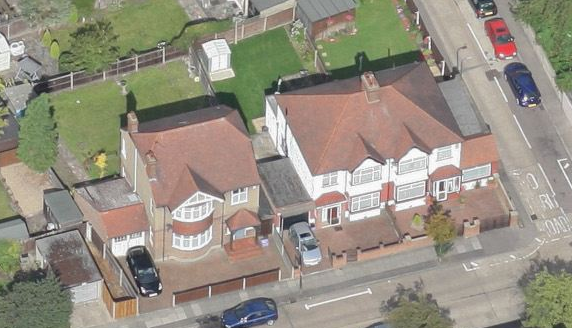 west side after Russell Road

After the old people’s housing of Glebe Square had been built, an attempt in 1960 to renumber all the properties in Glebe Path was made by Mitcham Council, but the homeowners in the road protested. See Seven Defy The Council.